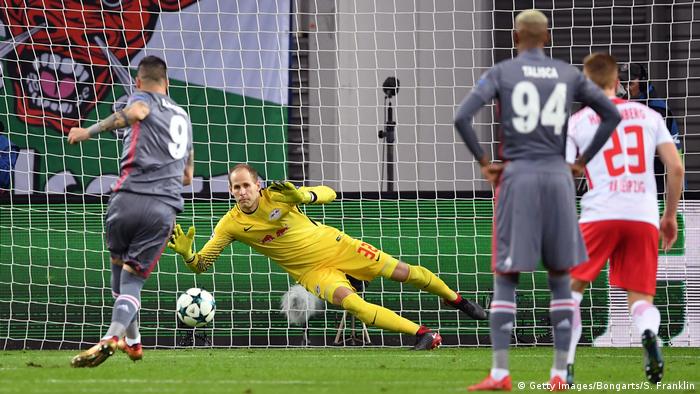 RasenBallsport Leipzig's inaugural season in the Champions League is over before Christmas following a 2-1 defeat against Turkish champions Besiktas in their final group game.

But the result in Leipzig was ultimately rendered irrelevant by events elsewhere, as Porto's 5-2 win over Monaco put qualification out of the Red Bull franchise's reach and ensured it was the Portuguese club who claimed second place in Group G.

Captain Willi Orban returned in central defense ahead of Ibrahima Konate while youngsters Bruma and Jean-Kevin Augustin started up front in place of the injured Yussuf Poulsen and Emil Forsberg. Besiktas were a much-changed side having already qualified as group winners.

But the hosts suffered a double blow after just ten minutes. As news filtered through that Porto had taken the lead against Monaco, Orban brought down Jeremain Lens in the box and former Manchester City striker Alvaro Negredo calmly converted from the spot. 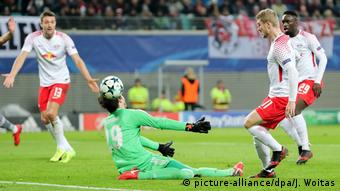 Timo Werner's first-half strike was ruled out for offside

As things stood, RB's result was meaningless but Ralph Hasenhüttl's men pressed forward regardless, Orban clipping the outside of the post at the other end just minutes later. Besiktas' re-jigged defense was struggling to cope with the pace of Bruma and Augustin but RB lacked the clinical finishing and control of the more experienced Poulsen and Forsberg and couldn't find a way through.

"We had enough chances to win four or five games this evening," lamented Hasenhüttl to Sky afterwards - and indeed Timo Werner did have the ball in the net half-way through the first half only for the goal to be correctly ruled out for offside. But by halftime, with Porto now leading 3-0, Leipzig's fate was sealed and they were playing for pride.

Their task was made even more difficult in the second half when Stefan Ilsanker was sent off for a second yellow card but, despite being a man down, Naby Keita drew the hosts level immediately, driving through the Besiktas defense and finishing clinically.

However the parity lasted only three minutes before Anderson Talisca restored the Turks' lead in the final minute, condemning RB to a third group G defeat and sending them, along with Borussia Dortmund, into the Europa League.