A rare penguin has been stolen from a zoo in Germany. Alarmed Mannheim city keepers say their missing five-kilogram bird needs special food and is untradeable. It's fitted with an identity chip and a number tag. 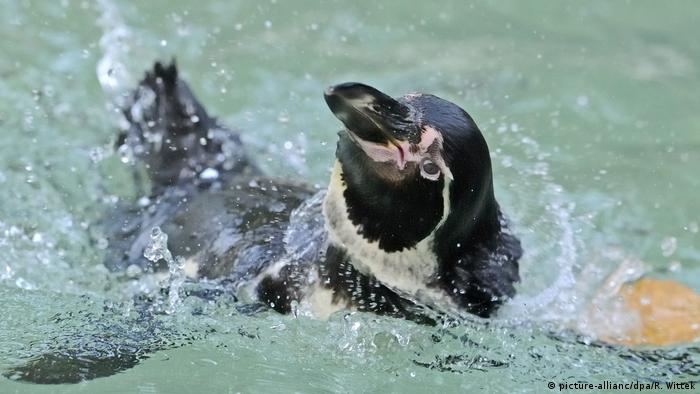 A spokeswomen for Mannheim's Luisen Park zoological enclosure on Monday described the theft of its Humboldt penguin as being "beyond good and evil."

Staff noticed its disappearance during a count of its some 20 birds on Saturday and concluded that the penguin had neither escaped nor been snatched by a predatory animal, she said.

"We hope that the perpetrator's common sense prevails and that he quickly gives back the penguin," said a Mannheim police spokesman, referring to illegal trade in wildlife.

The missing bird stands half-a-meter tall and one of its wings has a tag bearing the number 53.

Humboldt penguins, normally at home along Peru' and Chile's rocky Pacific coastline, are on theRed List of the International Union for Conservation of Nature (IUCN).

In the wild, Humboldt penguins feed on fish types such as Peruvian anchovy, herring and squid. They breed in dirt burrows and rock crevices.

Guano harvesting depleted the species severely over the past two centuries and their numbers worldwide are put by IUCN currently at 32,000 mature individuals.

Wild penguin colonies are currently threatened by climate fluctuations and by industrial development in Chile, including the construction of coal-fired power stations and a mega port project.

In 2010, Peru decreed a set of headlandes and island harbors as protected nesting sites.

The penguins, which are also kept various zoos around the world, take their name from sightings by the German explorer Alexander Humboldt in Peru the late 18th century.

Taxinomically they are known as Speniscus humboldti because their faces have eyeglass-like markings common among among about 18 varieties of penguin.

Numerous zoos and universities are involved in projects to save the penguins' coastal habitats.