Till Lindemann recorded a music video at the Hermitage Museum in Russia. He's now selling it as a series of non-fungible tokens — illegally, according to the museum. 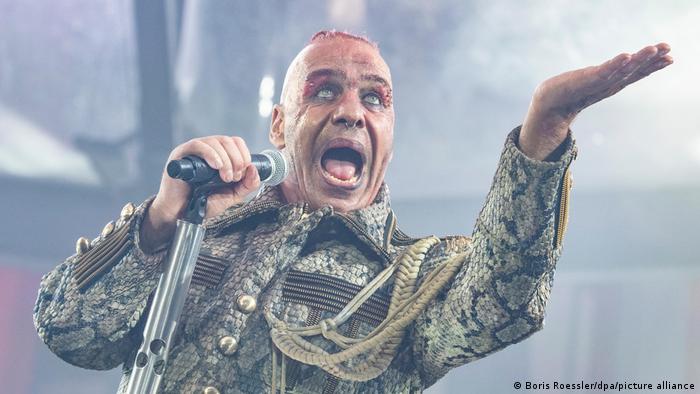 Modern art has always been a challenge — new art forms were eyed critically and initially, few really grasped its meaning.

In today's art market, however, it's no longer just a matter of differences in taste; a new channel of distribution is grabbing the world's attention as digital artworks fetch double-digit million figures for their creators.

Once purchased, the works can't even be presented on a wall, they are simply stored on the new buyer's hard drive at home: It is a non-fungible token (NFT), a digital certificate whose owner also holds the rights to the work in question.

Till Lindemann, singer in the German industrial metal band Rammstein, also wants a slice of that market. The rights to a previously unreleased music video are for sale for €100,000 ($117,000) — and Lindemann is offering not just one, but 10 digital copies of the work. A dinner with Lindemann in Moscow is a bonus on top, with flights, accommodation and visas for two people included.

In the work in question, Lindemann interprets the Russian song "Lubimy Gorod" (Beloved City), which he recorded in May 2021 at the Hermitage Museum in St Petersburg.

The Hermitage granted permission for the video shoot, as the museum confirmed on its Facebook page.

Apart from the fact that, so far, no one has been willing to spend that kind of money for a video, Lindemann faces legal issues.

By offering the video as an NFT, the singer violated the agreement for its use, according to the Hermitage. The same applies to other animations Lindemann is offering that show him at the Hermitage. 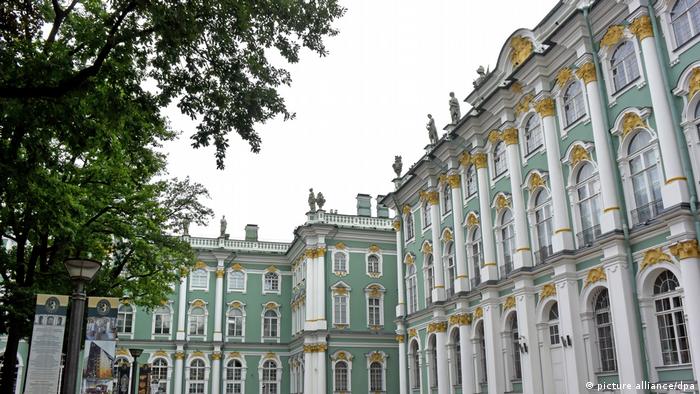 Lindemann shot the video at the famous Russian museum

"The use of images of objects from the museum's collection and furnishings in the collection [...] was not agreed with the museum," the Hermitage wrote, adding that the singer has not responded to a notice pointing out the violation of the museum's licensing policy. The NFTs on offer, the museum argues, are illegal.

The museum also mentions that "Mr. Lindemann personally signed a contract with the Hermitage allowing him to use images of the Hermitage and all prepared materials exclusively for the music video."

Lindemann's management as well as the platform Twelve x Twelve, which is offering the works, did not respond to a DW query.

"Lubimy Gorod" is a Soviet song from the 1930s that was used in a war film about fighter pilots. Lindemann's version appears in Timur Bekmambetov's recently released film Devyatayev, a patriotic movie about a fighter pilot in World War II.

Rammstein guitarists Richard Kruspe and Paul Landers kissed on stage at concerts in Russia in 2019, which was widely interpreted as a sign against the country's homophobic legislation.

Meanwhile, a Russian Rammstein fan was arrested earlier this year, but Lindemann never publicly condemned the arrest. Andrey Borovikov was sentenced to two and a half years in prison for allegedly spreading pornography when he shared a clip of the band's "Pussy" video on social media in 2014.

Observers suspect a different reason has motivated authorities to arrest him: Borovikov was office manager for Alexei Navalny, the imprisoned opposition leader.