Goetz's psychiatric novel hurts. Patients, caretakers, doctors: All are part of the same madness in "Insane." Written in 1983, his first novel takes the reader on a literary horror trip. 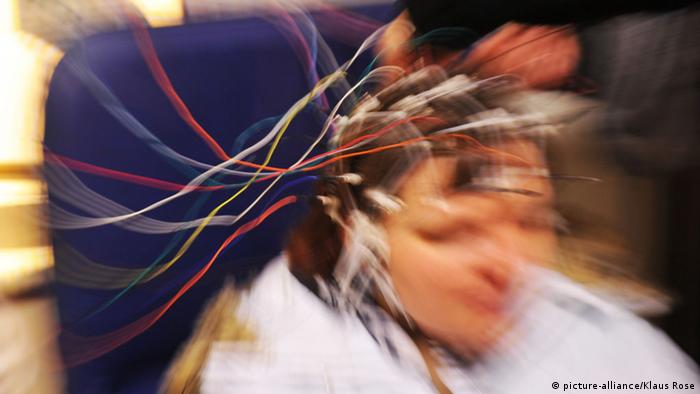 Here is the suffering of the sick: fear, desperation and hopelessness. Medical routines, procedures and chemical substances lurk. Goetz fuses everything together into a frightening depiction of psychiatry.

Let loose from the madhouse, each day in the evening. I would walk to the tunnels of the U-bahn, not bothering to look around. Had I even caught the scent of spring? Still rattled from the journey, I made my way to my room, and nothing was as it had been before. I stepped oblivious among the beer cans, bottles, newspapers and bits of clothing on the floor, questing aimlessly. The giant white sheets on the walls, behind the sheets the shelves, on the shelves the books, concealed. Had I even read? Had I actually opened a book and heard something other than this pounding, this unbearable pounding in the ears, louder and louder with every phrase?"

The hero in Goetz's novel is named Raspe, a doctor-in-training who wants a high-flying career but who also really wants to help those who are sick. At the end he cannot deal with their mental suffering. He perceives the psychiatric clinic as a "madhouse hell." It leads him to a breakdown and forces him to leave.

Goetz's novel creates a maelstrom of pity and revulsion. With his incandescent language, Goetz focuses on the state of a universe that is still considered taboo today. It's a universe that — according to the author — offers no escape. Like a person who is paralyzed, the reader looks out at the world from the character's sedated minds. One train after another rushes by. 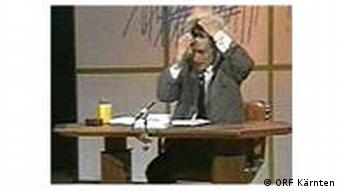 While reading aloud from the book at Klagenfurt's literary festival in 1983, Goetz cut his forehead with a razor blade and let his blood run over the manuscript. The act provoked mixed reactions from the media and literary world. German magazine Der Spiegel refused to review the novel when it was published shortly after. Others celebrated the author as a rising star of pop literati.

Goetz himself came from a family of doctors. He studied medicine and history. Insane, his first novel, was a field of stylistic experimentation, peppered with staccato sentences, casual dialogue and a mad, if ever-changing, narrative pace. The book is one of great linguistic mastery.  And Goetz's question — who is crazier: the psychiatric patients or the world in which we live? — remains as relevant as ever. 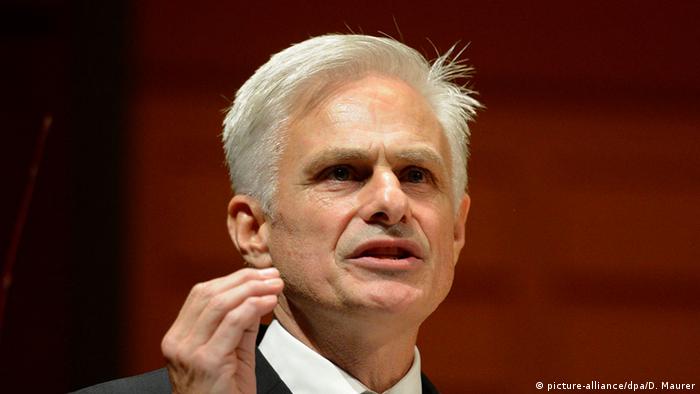 Rainald Maria Goetz was born in 1954 in Munich. He studied history, dramaturgy and medicine before he began writing at age 22. His first published work appeared in newspapers and literary magazines. In 1983 his first novel, Insane, was published. The book drew on his work experiences in psychiatry. His later books from the 1980s and 90s are counted among the best known works of German pop literature. Goetz has received numerous literary prizes, including the 2015 Georg Büchner Prize, one of the most important in the German-speaking world.