Drilling for oil and gas drags up huge amounts of natural radioactive waste from the earth. The disposal of this waste is barely regulated, and could spell environmental catastrophe, according to a new media report. 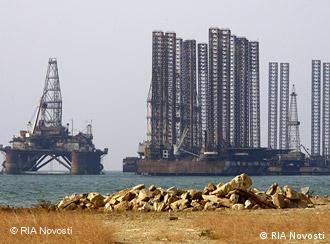 The oil industry could be producing radioactive waste

According to by German public broadcaster WDR, the oil and gas industry has kept secret the dangerous amounts of radioactive waste produced. But experts like Harald Thielen of the Society for System and Reactor Safety acknowledge that the problem exists.

“There is radioactive waste in the pipes from the oil and gas industry,” he told WDR. “This waste is partly solid and partly sludge.”

The WDR report says that in Germany alone, up to 2,000 metric tons of naturally-occurring radioactive waste is sucked out of the earth every year and dumped in the surrounding countryside. By extrapolating these figures to oil production in the United States, which produces much more oil and has lower industry safety standards, up to 260,000 metric tons of radioactive waste could be produced there. 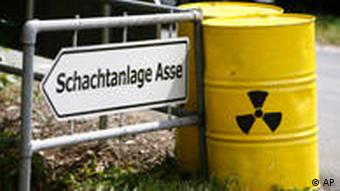 Nuclear waste continues to be a hot-button issue in Germany

Juergen Doeschner, the WDR journalist behind the report, says that as many as 10 barrels of water are dragged up to produce every barrel of oil, and that this water contains various naturally occurring radioactive substances like uranium. The most dangerous of these is radium 226, a substance with intensive radioactive power, particularly if it is ingested. Radium 226 retains a high level of radioactivity for 1,600 years before it disintegrates into radon. The gas is one of the main causes of lung cancer.

“This problem went unrecognized by the oil industry for years, and the waste was treated very carelessly,” Doeschner said in an interview for German television, “In the United States, for example, it was just dumped on open land. Radioactive pipes were given to kindergartens and schools to make toys and climbing frames.”

While the problem has since been recognized by the oil and gas industry, up until now it has been kept largely from the public. Radium 226 is a substance that has long been on the list of dangerous elements. But the German safety limit on the emission of radium 226 from oil and gas production is 100 times higher than it is for nuclear power stations. 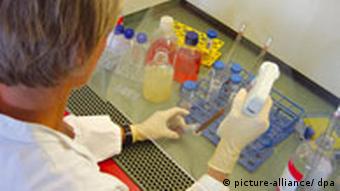 Radium 226 can cause lung cancer

The industry itself denies all claims that the radioactive levels pose a danger to the public.

“Our industry always informs the public of anything that might affect the public. But that isn't the case here. The population does not come in contact with this waste and isn't affected by it,” Dr. Hartmut Pick of the German Association of Oil and Gas Production told Deutsche Welle.

Doeschner rejects this claim, citing studies that show that this waste has radioactivity levels 700 times stronger than that found in the natural environment. While he acknowledges that there are no reliable statistics, Doeschner believes the danger has global proportions.

“Germany is a dwarf in the oil industry, and we already have between 1,000 and 2,000 [metric] tons of this waste here. If we compare that to the rest of the world, and look at where else oil is being produced and what the environmental regulations there are – usually looser than in Germany – then I think we are looking at an environmental catastrophe.”

New German environment minister Norbert Roettgen disappointed the nuclear power industry by saying that Germans did not want nuclear power in the long-run. But his words did not impress the Green party. (25.11.2009)

The French government has demanded answers from a nuclear research facility after nearly triple the registered amount of plutonium was discovered there during its dismantling this summer. (15.10.2009)