The French government has demanded answers from a nuclear research facility after nearly triple the registered amount of plutonium was discovered there during its dismantling this summer. 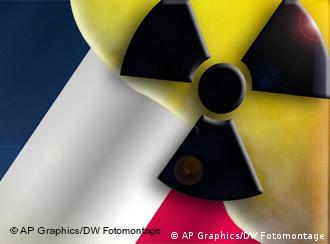 The French government has called for more transparency

The Cadarache research center near Marseille had stated it had eight kilograms of plutonium slated for decommissioning, but there were 22 kg found at the location during the operation.

The facility had a license to store more than 22 kg of plutonium, but authorities are nonetheless curious as to why the extra 14 kg went unregistered.

"We need to have some transparency in this matter because this is not normal," said the French junior environment minister, Chantal Jouanno.

France's nuclear safety watchdog, the ASN, said safety measures at the facility were reduced as a result of the quantity of plutonium registered there.

The ASN said the incident did not pose any threat to security, but has pushed for a re-examination of procedures ensuring the fissile material cannot be used to trigger a chain reaction.

The watchdog has also ordered that dismantling work at the facility be halted over worker safety fears.

Much focus has been given to the revelation that the extra plutonium was discovered in June but not reported until now.

French Ecology Minister Jean-Louis Borloo said he "profoundly regretted that there was a delay between the discovery of the stocks and the decision to report them."

Henri Maubert, a spokesman for the Cadarache facility, said no effort was made to hide the discovery, and that administrators "were just waiting to get a better overall view" before informing the authorities.

The plant was used to produce fuel for nuclear power stations in France, which has the second largest network of nuclear facilities after the United States.

Thousands of people from across Germany, including farmers on tractors, are in Berlin this Saturday to protest against the nuclear energy industry and in support of a plan to shut down the country's nuclear reactors. (05.09.2009)