When the avant-garde music movement Radical Jewish Culture visited Germany in 1992, it was a landmark for the newly united country and the musicians involved. Now, a Berlin exhibition takes a close look at the movement. 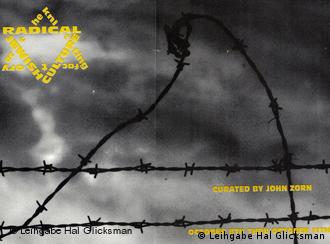 The movement uses music to deal with history

In 1992, New York composer and experimental Jazz musician John Zorn organized a music event in Munich which he called the Festival for Radical Jewish Culture. The biggest names of the alternative New York music scene were there, from Lou Reed to John Lurie, Frank London and David Krakauer.

None of them had ever actively identified themselves as being Jewish. But Zorn's label of "Radical Jewish Culture" became an act of liberation and laid the foundation for a new exploration of their Jewish identity in their music.

That these musicians rediscovered their Jewishness in Germany was significant. 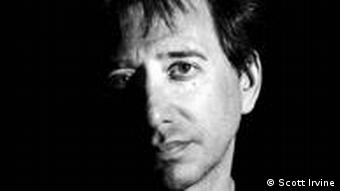 John Zorn brought the new Jewish music to Germany in 1992

"You have to remember that in 1992, it was just two years after the fall of the Berlin Wall and the breakdown of the Soviet Union, and there were many racist and anti-Semitic attacks in Germany," Cilly Kugelmann, program director at the Jewish Museum Berlin, told Deutsche Welle. "Hostels housing refugees were burned down. The political atmosphere was explosive and very difficult to judge."

The Jewish Museum is currently showing an exhibition on Zorn and the Radical Jewish Culture avant-garde music scene from the 1990s.

Zorn's manifesto "What is Radical Jewish Culture?" posed questions instead of giving answers. These were intended to be found in the music itself, which was "radical" in a double sense: It took its inspiration from the roots of Jewish culture, while clashing with the rules of rock, punk, jazz and avant-garde music.

Listening to this music isn't always a pleasant experience," explained Kugelmann. "Sometimes we wouldn't even call it music, but a lot of noise."

John Zorn's work "Shtetl," from the album "Kristallnacht," was written especially for the first Radical Jewish Culture festival in Munich in 1992 and serves as an aural reminder of the so-called Night of Broken Glass in 1938, when the Nazis destroyed synagogues and Jewish-owned shops all over Germany.

During the performance of this disturbing work, the doors were closed and the audience forbidden to leave.

"It had a really very oppressive feeling to it," said clarinetist David Krakauer, who performed in the premiere of the work. "I think that that's what Zorn was after, to literally give people the sense of hearing the sound of broken glass at ear-splitting level, when you're packed into a dark room. It was a visceral attack."

Krakauer trained as both a classical and jazz musician and is also a renowned performer of klezmer music. But this was not self-evident, despite his own Jewish roots. When his forebears left Eastern Europe for New York, they wanted to leave the Yiddish language and culture behind and assimilate as much as possible into the local community.

For Krakauer, tracing his roots has been a long journey, which finally led him to klezmer music.

"Really, the aesthetic sense of why I embraced klezmer music had nothing to do with nostalgia," explained Krakauer. "It was more out of a sense of my own cultural pride and being curious about it, because it had been thrown away by my family. So there was this thing that I knew was part of myself."

With the Klematics, Krakauer mixed klezmer with ska and jazz. Later, John Zorn invited him to record the first album on his label, "Tzadik," created to give Radical Jewish Culture a home.

For Krakauer, klezmer was a point from which he could start experimenting. Recently, this has lead to projects with funk legend Frank Wesley and the rapper Socalled.

David Krakauer performed in Berlin's Tacheles on the tour of his album, "Tzadik"

In this way, Krakauer's work stays alive, and it also stay Jewish and radical, despite having to perform recently in a museum rather than on stage.

"Zorn had mixed feelings about this being in a museum," said the clarinetist, of the group's opening show at Berlin's Jewish Museum. "Zorn is making new music; all of us are making new music. And none of us would ever consider ourselves museum relics."

Butt, added Krakauer, the exhibition marks a moment in time - "maybe the moment when we proclaimed something."

The Jewish Museum Berlin shows "Radical Jewish Culture" through July 24, 2011. The exhibition was curated by the Jewish Museum in Paris and includes concert videos and interviews with the core musicians, as well as musical scores, album covers, personal pictures, books and other items of the musicians.

The Jewish community of Hamelin has dedicated Germany's first new liberal synagogue building since the Second World War. The dedication comes over seventy years after the Nazis destroyed the city's original synagogue. (21.02.2011)

Israel's Yad Vashem museum and Google have launched a cooperative effort to put put the world's largest collection of Holocaust documents onto the Internet. (27.01.2011)