Israel's Yad Vashem museum and Google have launched a cooperative effort to put put the world's largest collection of Holocaust documents onto the Internet. 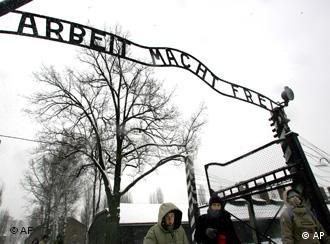 Internet giant Google and the Israeli national Holocaust museum Yad Vashem have launched a new cooperation to put the museum's archive online. In a first step, Google made some 130,000 documents and photos available to the global Internet audience.

"Our cooperation with Google is a great step forward, we are harnessing technology for the benefit of millions around the world to permit them access new information," director of Yad Vashem, Avner Shalev said.

"Especially for young people this will raise awareness about the Shoa and it will provide them with the kind of tools they're used to for doing research." 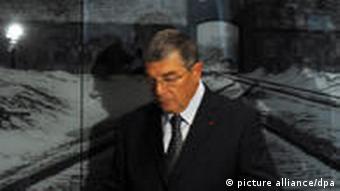 Avner Shalev hopes the archive will be used by young people

The launch of the archive on Wednesday came on the eve of the Holocaust commemoration held on Thursday, January 27, the day Soviet troops liberated the Auschwitz camp in 1945.

The pictures and documents that have been made available online are all from the archives of the Yad Vashem museum. The material ranges from photos and visas, to transport lists and testimonials from survivors.

One of the photographs depicts a group of Jewish women and men forced to scrub a public square in the Polish city of Lemberg. After the Nazi attack on Poland, the city was quickly occupied by the invading German forces. The faces of bystanders who are watching reveal both amusement and shock about the public humiliation.

Other pictures include photos taken by German SS soldiers and some taken after the liberation of concentration camps.

Many of the documents and photographs have long been available at the Yad Vashem museum in Jerusalem yet only some have been available on the museum's website so, until now, access to them has been limited for the global public.

Adding to the knowledge

In many of the photographs people have not yet been identified and the museum hopes that the new site will not only keep the memory alive but could also add to the museum's own knowledge on the subject. 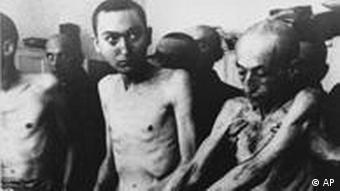 "There are many more important stories out there. If we don't capture them, they could be lost," director of research and development for Google Israel, Yossi Matias said.

People using the archive are therefore encouraged to add their own details about people they know and help identify those in the photographs.

Each of the pictures can be enlarged and viewers are encouraged to leave their comments if they have a Google, Twitter or Yahoo account. The museum is also using Facebook where a special memorial page has been put up this week for the annual Remembrance Day.

Germany commemorates Holocaust Remembrance Day on Thursday with ceremonies across the country. For the first time ever, a Roma Holocaust survivor made the official speech at the German parliament. (27.01.2011)

The Roma community will for the first time be the guest of honor at official Holocaust Memorial Day commemorations in Germany, after a long battle for recognition for Sinti and Roma victims of Nazi persecution. (27.01.2011)

The online archive of the Yad Vashem museum in Jerusalem