The European Court of Human Rights has rejected a final appeal by radical Muslim cleric Abu Hamza against his extradition from Britain to the United States. Hamza is wanted in the US on several terrorism charges. 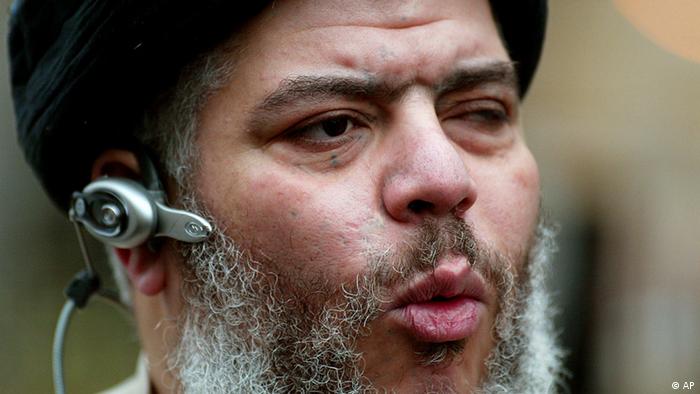 The human rights court in Strasbourg on Monday upheld a decision made in April in favor of extradition for Hamza and four other suspected extremists.

"Today the Grand Chamber Panel decided to reject the request. This means that the Chamber judgment of 10 April 2012 is now final," the court said in a statement.

In its ruling, it said the heavy prison sentence the men may face in the US would not be disproportionate to the charges against them.

The men had claimed they would receive inhumane treatment if extradited from Britain to the US, where they face a raft of terrorism charges.

Britain's Home Office says it will hand the men over to the US as soon as possible following the court's decision.

The 54-year-old Hamza, formerly imam of the Finsbury Park Mosque in north London, is wanted by the US on charges including setting up an al-Qaeda-style training camp for militants in the northwestern US state of Oregon.

He is also accused of sending money and recruits to help Taliban and al Qaeda militants in Afghanistan and of assisting Yemeni kidnappers who abducted 16 Western tourists in 1998.

Hamza, one of Britain's best-known extremists, was jailed for seven years in 2006 in Britain for having incited his followers to murder non-believers.

The other men to lose their appeals were Babar Ahmad, Syed Tahla Ahsan, Adel Abdul Bary and Khaled Al-Fawwaz.

The court suspended judgment on a sixth man, Haroon Rashid Aswat, saying it required further consultations on his state of mental health.