Germany's men's Olympic football team walked off during a pre-tournament friendly against Honduras five minutes from time due to alleged racist abuse. Center-back Jordan Torunarigha was the target of the insults. 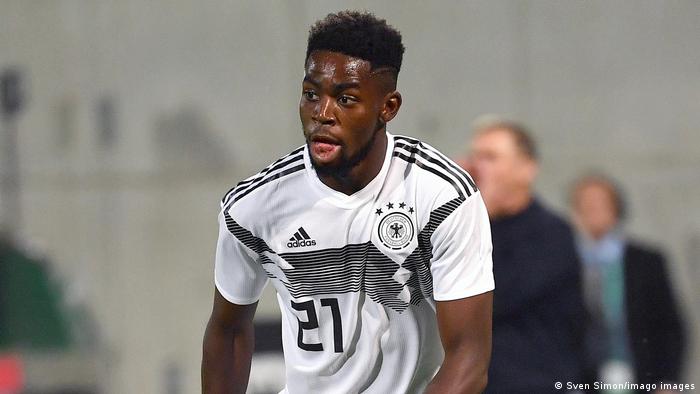 Just a few days before the start of the Olympic tournament against defending champions Brazil on Thursday, Germany's men’s football team walked off during a pre-tournament friendly against Honduras.

The game, which was played behind closed doors in three 30-minute periods, did not resume and finished 1-1 with five minutes left to play after centre-back Jordan Torunarigha was allegedly racially abused by an opposition player in Wakayama, Japan.

"When one of our players is racially abused, playing on is not an option," said head coach Stefan Kuntz. "[Torunarigha] could hardly contain himself and got terribly upset because he said he had been repeatedly racially insulted. It was clear to us then that it violates our values. We couldn't tolerate that either and we're backing our player completely."

The incident was announced by the German Football Association (DFB) on social media, while the Honduras FA have denied the claims citing a "misunderstanding on the pitch."

This is unfortunately not the first time Hertha Berlin defender Torunarigha has been the subject of racist abuse. In the second half of a German Cup tie against Schalke in February 2020, the 23-year-old was allegedly subjected to monkey chants from the Schalke supporters.

Torunarigha was sent off for an emotional reaction in the defeat only minutes after club officials informed the referee of racial slurs aimed at the . The Royal Blues were subsequently fined by the DFB due to the conduct of their fans.

"We made a real statement [walking off the pitch]." said midfielder Maximilian Arnold of VfL Wolfsburg, who will captain the team at the Olympics. "We made the right decision and we acted accordingly."

Germany’s men’s football team, silver medal winners in Rio 2016, begin their campaign in Group D with a curtain-raiser against Brazil in Yokohama City before squaring off with Saudi Arabia and Ivory Coast.

Head coach Stefan Kuntz has announced his 19-man squad for the Tokyo Olympics. The squad includes seven players who surprisingly won the U21 European Championships in June, but Kuntz has criticized some Bundesliga clubs.