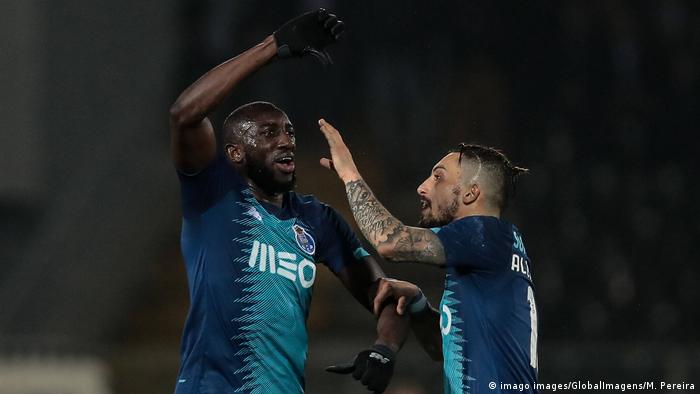 DW: It seems like we have been hearing reports of incidents of racism in European football stadiums almost on a weekly basis recently. Is the number of such incidents actually increasing? Or are we just hearing about them more because of an increased awareness of the problem?

Gerd Wagner: I think it's the latter. Unfortunately we don't have any reliable statistics on the number of incidents that occur during a given season - or if these do exist, I am not aware of them. What definitely has increased is the awareness of the players and management.  And the incident in Münster showed that awareness among spectators too has changed [at a recent third-division game between Münster and Würzburg, the spectators shouted "Nazis out" and pointed out the perpetrator after he had racially abused a black player].  The media are also playing a positive role by reporting on such incidents. Ten or 20 years ago, when social media wasn't as prevalent as it is now, such incidents would tend to go unnoticed. This has changed.

In Münster, some of the spectators helped the authorities identify the person who allegedly made monkey noises at a black Würzburg player, Leroy Kwadwo. Is this an indication that the behavior of fans is changing?

Yes, no question. The example in Münster should serve as a model for other clubs in terms of how people should react, so that an aggrieved player is not left alone to deal with the situation, as was the case with Moussa Marega in Porto [who walked off the pitch last weekend after facing verbal racial abuse from the stands]. Other players and the supporters can express solidarity with the victim. I see this as a positive and important sign. 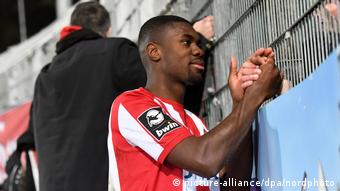 We have also observed similar developments at other clubs such as Eintracht Frankfurt, where President Peter Fischer has clearly stated that membership in the [far-right Alternative for Germany] AfD is not compatible with the values of the club. These are all small pieces of the jigsaw puzzle, but they are also clear signals, which surely also affect the behavior of spectators. You can also see that the club expects its own members to show some civil courage on the issue.

You mentioned the Marega case. His teammates tried to persuade him to play on instead of walking off. There was little sign of solidarity from them. Do  players need to take a stronger stand in such cases?

Absolutely. Try to put yourself in Marega's shoes: He's being accused of trying to get a match abandoned by walking off the pitch. The responsibility has been shifted entirely to him. I would have hoped for more solidarity. His teammates could have left the pitch as one or just called on the referee to comply with the FIFA regulations. The fact that the referee even gave Marega a yellow warning shows that he was anything but sensitive to the issue.

Since 2017, FIFA has required all member associations to implement a "three-step procedure" in the event of a racist incident: First, the referee is to interrupt the game and ask the stadium announcer to make an announcement calling for the verbal abuse to stop. In the event that it continues, he is to send the teams to their dressing rooms. If this does not produce the desired result either, he is to call off the match entirely.  Do you think that the fans in the stands would simply accept a game being abandoned?

The stadium announcer would definitely have to explain the three steps of escalation. If an individual or a small group of people behave in a racist manner, the other 50,000 spectators in the stadium will be dragged into it, even if it is not their fault. But those are the rules.

The national associations and clubs have been instructed to communicate much more frequently and openly to the fans that abandoning a match in such cases is a real possibility. And if things don't improve, this has to actually happen. I believe a precedent needs to be set to show that a match can be interrupted or abandoned entirely, not only due to pyrotechnics being set off, but also due to incidents of racism.

Gerd Wagner, 60, works as an expert in racism at the Frankfurt-based Coordination Office for Fan Projects (KOS). The organization, which is funded in equal parts by the German Ministry for Family Affairs, the German Football Association (DFB) and the German Football League (DFL), coordinates the work of fan projects working to improve social education across the country. For two years Wagner headed the project "Staying on the Ball - Football against Racism and Discrimination," which focuses primarily on combating racism at the amateur level.

The interview was conducted by Stefan Nestler

Georginio Wijnaldum on racism in football: 'I would walk off the field'

Georginio Wijnaldum has called for 'hard fines' to tackle racism in football after an incident marred a league match in the Netherlands. The Liverpool midfielder has pledged to walk off the field if it happens to him. (19.11.2019)

Italian footballer Mario Balotelli stopped play and booted the ball into the crowd after fans in Verona taunted him with racial slurs. It's not the first time the Brescia striker has been targeted with abuse. (03.11.2019)

For the first time, a German professional football match has been abandoned due to alleged racial abuse. This came after a player from Osnabrück said he had suffered verbal racist abuse from the stands in Duisburg.

Opinion: Calling off a professional match a clear statement against racism 20.12.2021

The abandonment of a third-division match in Duisburg showed solidarity in the fight against racism in football. This is the backbone that has sometimes been lacking in the past, writes DW's Stefan Nestler.

Chelsea were crowned Champions League winners for the second time following victory over tournament favorites Manchester City. Germany’s Kai Havertz scored the only goal of an absorbing game in Porto.