Following David Cameron's resignation announcement, speculation over his successor as Conservative party leader as well as British prime minister is rife. Early elections could still be in the pipeline. 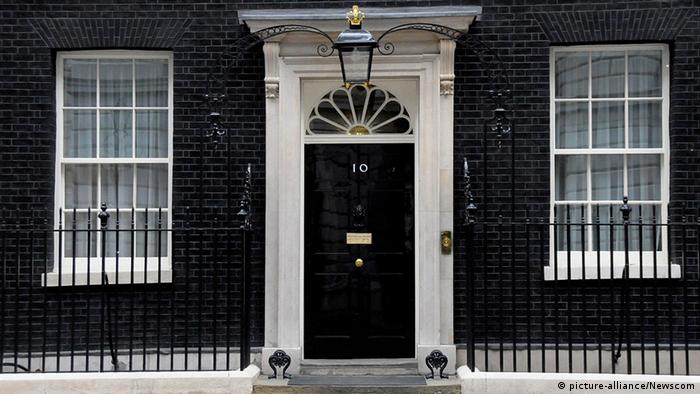 Within hours of the UK announcing on Friday that 52 percent of the voters had chosen to leave the EU, British Prime Minister David Cameron stood before reporters in Downing street to announce the inevitable: by October 2016, he will no longer be prime minister of the United Kingdom.

During campaigning for the referendum, Cameron had said he would stay on regardless of the vote's outcome. But having taken a strong position for the Remain camp, he said on Friday that he was not the right person to lead the UK through negotiations to leave the EU.

"I do not think it would be right for me to be the captain that steers our country to its next destination," Cameron told reporters, adding that he had already informed Queen Elizabeth II of his intentions.

Cameron took office as prime minister in 2010 - serving his first term in a coalition government. In 2015, he won re-election without requiring a coalition partner - having campaigned on a platform including the offer of an "in/out" EU referendum - a promise that turned out to be his ultimate downfall.

The prime minister's decision on Friday came despite an open letter of support for Cameron from more than 80 party allies, released before the referendum's results were known, saying that the prime minister had "a duty" to stay in office whatever the outcome. Several prominent euroskepetic conservatives had not supported the letter, however.

With the polls neck and neck in the weeks leading up to the EU referendum, there's been no shortage speculation about who would be Cameron's successor. With the PM's resignation confirmed, the race is now on to see who will become the next Conservative party leader and, in effect, the next British prime minister. 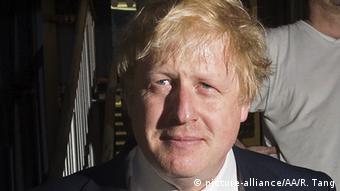 After eight years in office as the mayor of London, Boris Johnson has been tipped as the next Tory party leader for months.

Having successfully led the UK's "Vote Leave" campaign, the 52-year-old will now be widely regarded as the victor in the EU referendum - at least among his fellow Brexiteers.

Already a household name, both at home and abroad, his media presence will be far from a hindrance to his efforts in securing the Tory leadership and even the keys to 10 Downing Street.

With odds currently at 11/8, the former political journalist is also the bookies' favorite. 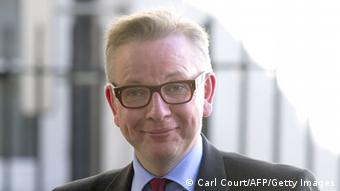 A poll published on the Conservative Home website last month saw the former education secretary top the rankings for a second consecutive month with 31 percent.

The "Vote Leave" advocate has repeatedly ruled himself out of the Tory leadership race, however, telling British newspaper "The Telegraph" that he didn't want to become prime minister.

"There are people who are far better equipped than me to do it," the 48-year-old said. In 2014, he also told the "Financial Times" that he doesn't "have what it takes." 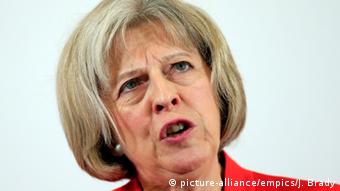 Leading lady in the Tory leadership race is British Home Secretary Theresa May. Despite supporting the "Remain" campaign in the EU referendum, the 59-year-old has positioned herself well throughout the campaign, leaving her chances of popularity among the pro-Brexit Tories largely unblemished.

Tory party loyalists are unlikely to have already forgotten their disappointment, however, at May's failure to reduce net migration to below 100,000 a year, which was one of her key promises going into office in 2010. 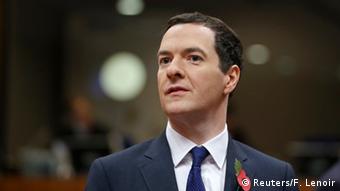 Regarded - once upon a time - as an obvious candidate to take over office from his friend David Cameron, Chancellor of the Exchequer George Osborne has become increasingly unpopular with his fellow Tory party members following a number of economic slip-ups.

A disastrous budget from the 45-year-old in March, which included huge cuts to disability benefits, prompted a large-scale rebellion in Tory camp, as well as the resignation of Work and Pensions Secretary Iain Duncan Smith.

According to the UK's bookies, "Cameron's natural" successor isn't completely out of the race just yet, however, with odds still sitting at 12/1.

Following the discontent over the 2007 change in leadership from Tony Blair to Gordon Brown, it remains possible, however, that the UK will hold an early election, giving the public the opportunity to vote in a new government.

Reactions to the UK's decision to leave the European Union were quick to pour out of Germany, one of the bloc's most stalwart proponents. Leaders will now discuss how to prevent a chain reaction in other EU states. (24.06.2016)