Qatar, host nation for the 2022 World Cup, has announced measures to protect foreign workers aimed at ensuring they are properly paid and won't be forced to work in the extreme heat of midday in summer. 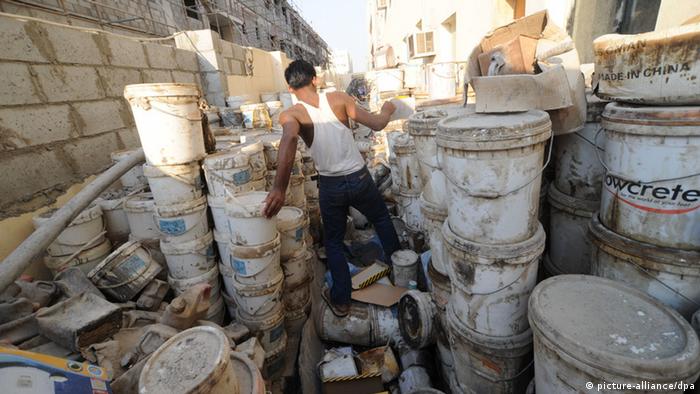 Companies employing foreign workers will now be required to open bank accounts in the workers' names, and pay them by electronic transfer. The new rules would also prohibit work at midday in the heat of the summer, said Minister of Labor and Social Affairs Abdullah Saleh Mubarak al Khoulaifi on Sunday.

Kafala is a sponsorship system used to control foreign laborers in the construction and domestic service industries, widely used in Arab states. The system requires all unskilled laborers to have an in-country sponsor, usually their employer, who is responsible for their visa and legal status. Under Kafala, workers need permission from their current employer to change jobs.

Human rights organizations say Kafala makes it easy for employers to exploit workers. Under Kafala, employers can take away workers' passports, and abuse them with little risk of legal sanction. Qatar's government said in May that it would abolish the sponsorship system and replace it with a "system based on employment contracts", but no time-frame was given for the proposed change.

Last September, the British newspaper The Guardian reported that dozens of Nepalese construction workers had died on the job, and that migrant workers often lacked water and food. The allegations were denied by Qatari and Nepali authorities.

Last week, the Qatari government announced that self-service multi-lingual kiosks had been set up at the Labor Department to allow workers to make complaints against employers in their native language, easing communications with ministry officials. Most of the workers do not speak Arabic.

"We know there is much to do, but we are certainly making progress," Minister al Khoulaifi said in a statement.

Qatar has the highest proportion of migrant workers in the world. In 2013, only 278,000 of the 1.8 million residents of Qatar were citizens; the other 1.5 million were expatriates. The emirate's total population grew by 9 percent in the first quarter of 2014, to an estimated 2.16 million, with the hiring of thousands of immigrant workers for World Cup construction sites.

FIFA, the international football association, has been under pressure to monitor labor practices at Qatar's World Cup construction sites more closely, especially after allegations that Qatar had paid bribes to obtain the right to host the 2022 World Cup.

The choice of Qatar to host the World Cup has been criticized, not only because of its labor practices, but also because the extreme heat makes football-playing difficult.