Pyongyang vows 'merciless strikes' against the South and US

North Korea tested missiles and warned it will carry out "merciless strikes" against the US and South Korea. The allies are launching joint military drills. 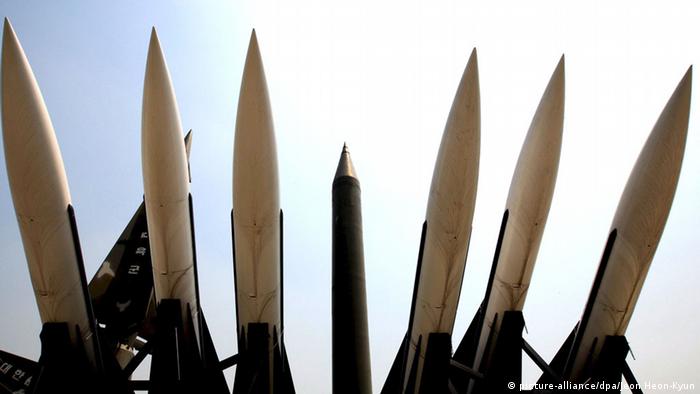 Pyongyang vowed to carry out "merciless strikes" in a move being seen as a protest against US and South Korea joint military drills that were scheduled to begin the same day.

"The situation in the Korean peninsula is again inching close to the brink of war," the North's official KCNA news agency quoted a spokesman for the Korean People's Army (KPA) as saying.

"The only means to cope with the aggression and war by US imperialists and their followers is neither dialogue nor peace," the statement continued, adding that the US and South Korea "should be dealt with only by merciless strikes."

Pyongyang has repeatedly expressed its dislike of the US-South Korea joint military drills, the largest of which is an eight-week exercise called "Foal Eagle," involving air, ground and naval fleet training. Around 200,000 South Korean and 3,700 US troops will participate in the drill.

Washington and Seoul insist that the drill is defensive in nature, but Pyongyang has warned of "counter-actions" in the event that "even a single shell drops on any place over which the sovereignty of the DPRK is exercised."

Nuclear-armed, communist North Korea has continued developing ballistic missiles and rockets despite sanctions and warnings from the international community. The South has claimed that its northern neighbor has developed missile technology to launch nuclear attacks on Seoul, but Pyongyang's nuclear program still remains shrouded in mystery.

North Korea has test-fired a new anti-ship cruise missile demonstrating the capability of the country's navy. This comes ahead of joint military drills between US and South Korea. (07.02.2015)