Russian President Putin has signed a bill that would annex Crimea, little more than a day after the region voted to join Russia. The US, meanwhile, has sent its vice president to eastern Europe as a message to Moscow. 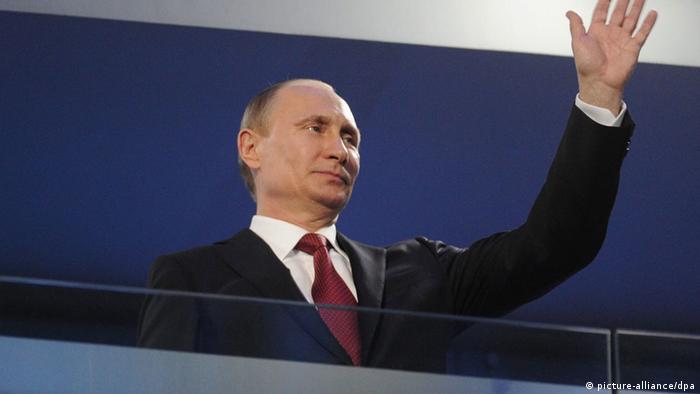 Russian President Vladimir Putin on Tuesday took another step in the formal procedure that would lead to the annexation of the Republic of Crimea into the Russian Federation. The Kremlin confirmed that he had signed draft legislation which instructed lawmakers to recognize the inclusion of the Black Sea peninsula.

The bill signed by the Russian president declared that it was "expedient to sign…the agreement at a high level," according to a statement posted on the Kremlin's official website.

Putin is scheduled to address the Russian parliament at 3 p.m. local time (11 UTC), during which he is expected to speak about the situation with Crimea.

Prior to sending the bill to parliament, the Russian leader signed a decree on Monday evening recognizing the Republic of Crimea as a "sovereign and independent state." Voters in the Black Sea peninsula voted over the weekend to secede from Ukraine and join Russia. The referendum garnered 96.77 percent approval from voters.

The European Union and the United States responded to the secession vote - which they had already dismissed as illegal and illegitimate - by sanctioning Russians and Ukrainians regarded as key figures behind the recent political unrest.

US Vice President Joe Biden was scheduled to meet with several eastern European leaders on Tuesday, in a move widely understood as a warning to Russia not to continue its interference in Ukraine.

Polish Prime Minister Donald Tusk and President Bronislaw Komorowki were to receive the US vice president in Warsaw on Tuesday. Biden also planned to meet with the Lithuanian and Latvian presidents, however it was not immediately clear when that would take place.

US President Barack Obama is scheduled to visit Europe next week.

On Monday, President Obama issued a sharp warning to Moscow to halt its interference in Ukraine or face further isolation.

"We'll continue to make clear to Russia that further provocations will achieve nothing except to further isolate Russia and diminish its place in the world," he said, adding that a diplomatic solution was still possible.

Germany, for its part, has pushed for a diplomatic solution. Following a meeting of EU foreign ministers in Brussels on Monday, German Foreign Minister Frank-Walter Steinmeier emphasized the need for the newly imposed sanctions to be reversible so that negotiations could move forward if the opportunity presented itself.

"We can't block paths [that lead to a solution in the future]," he said.

German Chancellor Angela Merkel expressed regret at the need to impose bans against Russia, however, she also said it was the right decision.

"It wasn't our aim. We wanted talks and a diplomatic solution but the clear violation of international law yesterday with the so-called referendum meant we had to take this step and I am glad that Europe showed such unity," Merkel said.

The majority of Crimea's inhabitants have chosen to split from Ukraine and join Russia. Their decision, however, will bring far-reaching changes and a host of international legal problems. (18.03.2014)

The EU was decisive in implementing sanctions against Russia. Yet Brussels still misunderstands the basis of its relationship with Russia, says DW's Christoph Hasselbach. (17.03.2014)