The declaration allows for more resources and a special representative to be appointed to combat gender-based violence. Last year, the US territory recorded 60 femicides and six murders of transgender people. 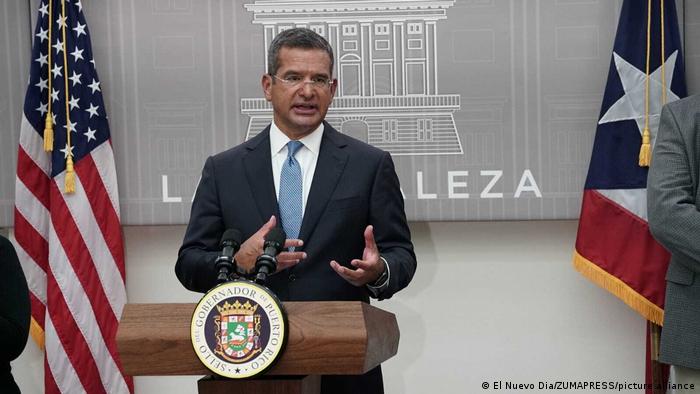 The government of the US territory of Puerto Rico has declared a state of emergency over widespread violence against women.

The declaration, announced by Governor Pedro Pierluisi, allows for:

"For too long, vulnerable victims have suffered the consequences of systematic machismo, inequality, discrimination, lack of education, lack of guidance and, above all, lack of lack of action," Pierluisi tweeted on Sunday.

Pierluisi, who took office on January 2, was elected in the November US elections and publicly supports President Joe Biden.

A spike in femicides

Puerto Rico's Gender Equality Observatory recorded 60 femicides and six murders of transgender people on the Caribbean island last year. By definition, femicide is the murder of girls and women because of their gender.

"All violence is reprehensible, and we must fight it relentlessly," said Pierluisi. "Gender violence is a social evil, based on ignorance and attitudes that cannot have space or tolerance in the Puerto Rico that we aspire to."

Several human rights groups have spoken out against such violence in Puerto Rico, which has a population of just over 3 million. The island has seen a rise in both the number of femicides and domestic violence cases over the last year, amid social stressors including the coronavirus pandemic and subsequent lockdown.

Puerto Rico is also still recovering from Hurricane Maria, which killed at least 2,975 people in 2017, and marked the deadliest natural disaster in any US territory in over 100 years.

Activists including Puerto Rican pop star Ricky Martin had been calling for such a state of emergency for several months.

In recent years, places including Mexico City have also declared emergencies over femicide and gender-based violence.