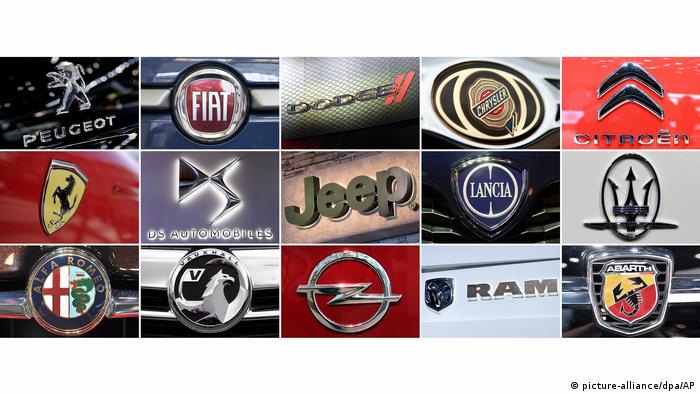 Peugeot (PSA) and Fiat Chrysler (FCA) on Thursday confirmed a plan to merge, in a 50-50 share swap that will create the world's fourth-largest carmaker.

"Discussions have opened a path to the creation of a new group with global scale and resources owned 50% by Groupe PSA shareholders and 50% by FCA shareholders," they said in a joint statement on Thursday morning.

The merger will bring several brands together, including Alfa Romeo, Citroen, Jeep, Opel, Peugeot and Vauxhall. It will create a company with $190 billion (€167 billion) in turnover, capitalization of $47 billion and 400,000 employees.

"A combination between FCA and PSA is the one the market was expecting," Citi Research analyst Raghav Gupta-Chaudhary wrote.

The new company's shares will be listed in New York, Paris and Milan. FCA's John Elkann will be the chairman and Peugeot's Carlos Tavares CEO.

Total sales of FCA and Peugeot, including China joint venture partners, were 8.7 million vehicles in 2018. FCA sold 5.8 million and PSA 3.9 million. This would put the combined group fourth behind Volkswagen, Toyota and the Renault-Nissan Alliance, each at over 10 million units. FCA would gain electric vehicle technology while PSA Peugeot Citroen would benefit from a dealership network to sell vehicles in the US.

The two would also be able to share car, SUV and commercial vehicle designs and help FCA meet its goal of avoiding fines for excess carbon dioxide emissions.

EU rules kick in next year to cut emissions. FCA has paid hundreds of millions of euros to 'pool' its dirtier cars with Tesla's zero-emission vehicles to avoid hefty fines, but is considered behind the industry average in this area.

"We view the combination of these two companies as reasonable given global competition, high capital intensity, and industry disruption from electrified powertrain as well as autonomous technologies," Morningstar analyst Richard Hilgert wrote in a note to investors.

A planned merger between FCA and France's other big carmaker Renault collapsed in June after FCA said there had been interference from the French government, which owns 15% of Renault and 13% of PSA.

French Finance Minister Bruno Le Maire said in a statement on Thursday he welcomed the current deal but said France would be "vigilant on the preservation of its industrial footprint" and the location of its head offices.

Consolidation in the air

Morgan Stanley said industry mergers will be crucial for the future of the auto industry. "We believe auto industry consolidation is not just a fad but a strategy, with far reaching implications for labor, policy makers, technology shifts from internal combustion engines to electric vehicles to EV and relationships with suppliers," the bank said in a research note about the potential merger.

Carmakers globally are facing an expensive upheaval as they attempt to shift away from fossil fuels and toward battery electric vehicles and autonomous technology.

"European auto [manufacturer] consolidation is often more of a cost-reducing exercise than a revenue-enhancing one, and jobs will inevitably be on the line, or at the very least called into question," Brian Studioso, an automotive analyst at Creditsights, a debt ratings agency, wrote.

The new boards are now expected to finalize talks over the coming weeks and draw up and a memorandum of understanding. FCA said it would distribute to its shareholders a special dividend of €5.5 billion.

Do Fiat Chrysler and Renault make a good fit?

Fiat Chrysler says it wants to merge with Renault to create an auto behemoth and better face the stark challenges confronting the auto industry. Despite the synergies, the road to the tie-up is paved with obstacles. (27.05.2019)

French carmaker PSA has reported a strong sales increase for the first three months of the year after taking over struggling German auto manufacturer Opel. Employees at Opel's sites in Germany fear layoffs. (24.04.2018)

Tradition with a twist: Peugeot 508 SW