Afghans have held protests against the Taliban takeover in Kabul and eastern Afghanistan. The Taliban called on religious leaders to condemn "negative propaganda." 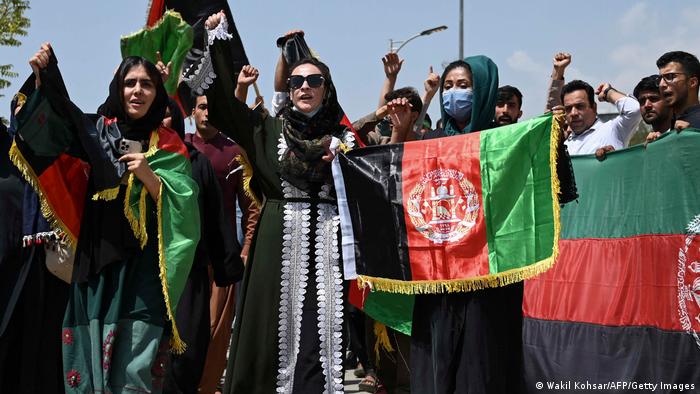 In Kabul and eastern Afghanistan, protesters rallied Thursday around the black, red and green Afghan national flag in a show of defiance against the Taliban takeover of much of the country.

On Afghanistan's Independence Day marking the withdrawal of British forces from the country in 1919, Afghans took to the streets in Kabul and elsewhere carrying the Afghan national flag. The Taliban have their own white flag with Islamic sayings on it and in at least one city in recent days, protesters replaced it with the national flag of Afghanistan.

Kabul sees men and women rally around the flag

A clip posted to social media showed a crowd of men and women in Kabul chanting "Our flag, our identity!" One woman walked with an Afghan flag wrapped around her shoulders, and those marching chanted, "God is greatest!"

Reuters news agency reported witnesses said there were gunshots as the Taliban worked to disperse the crowd.

Near the airport, people carried long black, red and green banners to symbolize the flag amid a procession of cars.

Reuters also reported an eyewitness as saying that several people were killed at a protest in Asadabad, the capital of eastern Kunar province.

Mohammad Salim, a participant in that protest, told Reuters that it was unclear whether the casualties resulted from a stampede or from the Taliban firing their weapons or both.

"Hundreds of people came out on the streets," Salim said. "At first I was scared and didn't want to go but when I saw one of my neighbors joined in, I took out the flag I have at home." 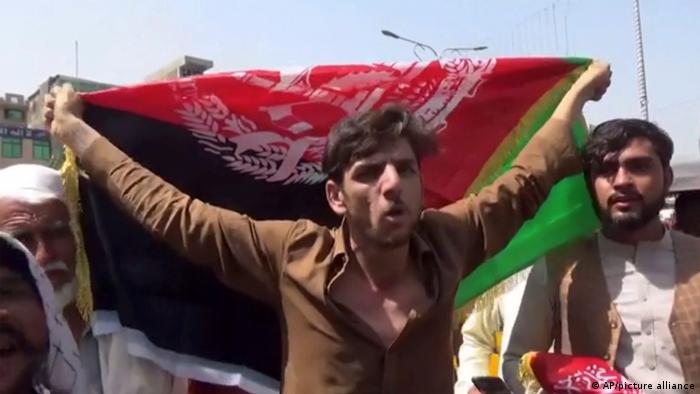 On Wednesday in Jalalabad in eastern Paktia province, protesters stripped down the Taliban flag from a square and replaced it with the Afghan national flag. The Taliban reacted violently and killed at least one protester.

Afghan media reported similar scenes in the eastern city of Khost as well as Asadabad on Wednesday.

Armed resistance in the Panjshir Valley

An armed resistance to the Taliban is forming in the last area of Afghanistan not under Taliban rule, the Panjshir Valley north of Kabul.

There figures in the deposed government gathered, including Defense Minister General Bismillah Mohammad and Vice-President Amrullah Saleh, who asserted on Twitter that he was the rightful president since President Ashraf Ghani left for the United Arab Emirates. They are joined by Ahmad Massoud, who is the son of the slain Northern Alliance leader Ahmad Shah Massoud.

In an opinion piece for The Washington Post, Massoud requested weapons and aid to fight the Taliban.

"I write from the Panjshir Valley today, ready to follow in my father's footsteps, with mujahideen fighters who are prepared to once again take on the Taliban,'' Massoud wrote.

Challenges combine for Taliban in a very different Afghanistan

Combined with the efforts of tens of thousands of Afghans to get to the airport in an often ill-fated effort to flee the country, it is clear there are considerable challenges and resistance among parts of the population of Afghanistan to Taliban rule.

Taliban Victory: A Return to Terror?

During their previous reign from 1996 until 2001, the Taliban ruled by brute force, staging public executions and stonings, lashing people, including children, who disobeyed their harsh rules and destroying a 1,500-year-old Buddha carved into a mountainside in Bamiyan.

While a spokesperson did not comment on the protests, the Taliban have been on a public relations offensive designed to calm the population and court at least the Islamic world if not the international community. 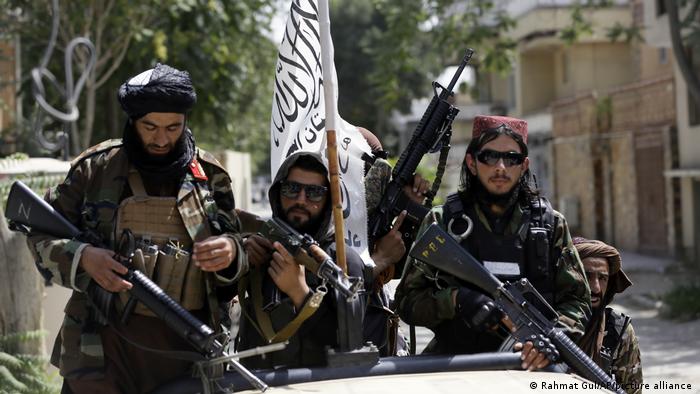 The Taliban have asked their religious leaders to preach against what they refer to as "negative propaganda," seemingly a reference to public resistance.

The Taliban have said they want peace and will not carry out acts of revenge, and that they intend to respect rights of women within a framework of Islamic law. Many Afghans and analysts remain skeptical.