German prosecutors have raided tax offices in Bavaria in a bid to find out who leaked tax records of the Bayern Munich president, Uli Hoeness, to the press. The crime could carry a five-year jail sentence. 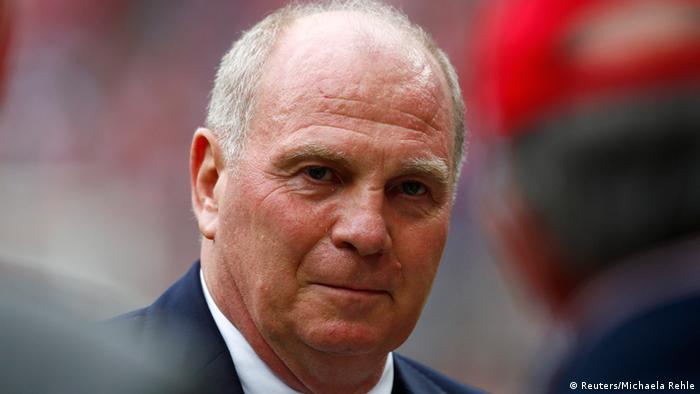 In a statement, prosecutors from the southern city of Munich said they had carried out raids on two tax authorities in Bavaria following a complaint from Hoeness, who caused a sensation in Germany last year with his confession of tax evasion.

After reporting himself to the authorities in January, Hoeness was later forced to go public with his admission of not paying taxes on assets stashed in a secret Swiss bank account after journalists gained access to a document meant only for internal use by tax officials.

The raids suggest that prosecutors suspect officials at the Bavarian tax authorities of leaking the confidential information to the press, a crime that could carry a prison sentence of up to five years.

Hoeness, a former soccer star who has spent more than 40 years at Bayern as player, manager and president, is to go on trial for tax evasion in March.

The Bayern Munich soccer club said in May that Hoeness should stay on as president despite the admission and the tax investigation. Bayern posted its best financial results in 113 years in November at the club's annual meeting.