An appeal against the sentence and conviction of Paralympian Oscar Pistorius has been filed by South African prosecutors. Pistorius is currently serving a five-year sentence for the manslaughter of Reeva Steenkamp. 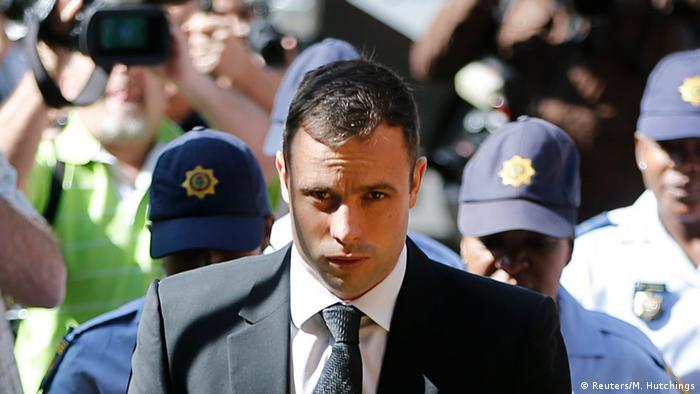 South African prosecutors filed an appeal against the sentence and conviction of Olympic and Paralympic athlete Oscar Pistorius on Tuesday.

The 27-vear-old began serving his five-year prison sentence on October 21 after being found guilty of negligent killing. Pistorius shot dead his girlfriend, Reeva Steenkamp, through a toilet door on Valentine's Day 2013.

"Today, we announce that the NPA filed the application for leave to appeal both the conviction and sentence," The National Prosecuting Authority said in a statement. "The appeal on conviction is based on the question of law."

Under the terms of his current sentence, Pistorius is eligible for release into house arrest after 10 months. Prosecutors, however, insist that he should have been found guilty of murder instead of the lesser charge of culpable homicide or manslaughter, meaning that if the appeal succeeds, Pistorius could face a 15-year sentence for murder.

The South-African-born athlete, known as the "Blade Runner" because of the carbon-fiber prosthetic legs he uses to compete, has won six Paralympic gold medals in his career. He rose to further worldwide stardom when he won a court case to be allowed to compete against able-bodied athletes at the London Olympics in 2012.

Pistorius has always said the killing of 29-year-old model and television personality Reeva Steenkamp, his girlfriend of three months, was accidental and that he mistook her for an intruder.