Promised EU help for truck drivers is in the wrong lane | Business| Economy and finance news from a German perspective | DW | 10.12.2018

Promised EU help for truck drivers is in the wrong lane

Truck drivers have to grapple with plummeting wages and touring schedules that turn them into nomads. EU transport ministers hope to ease the drivers' plight with new regulations, but these tend to ignore real life. 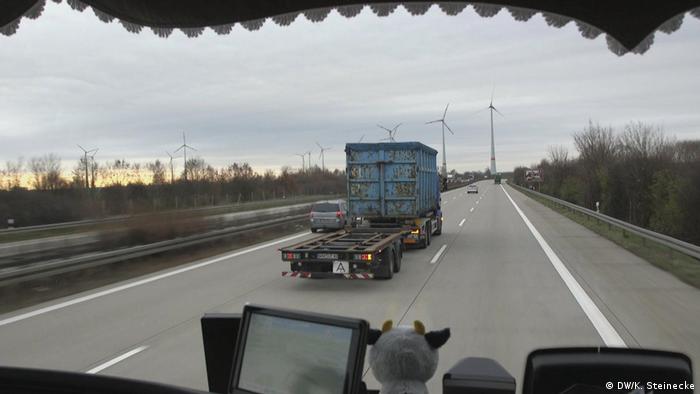 "Driving a truck used to be fun," says Andre Bergner. "But nowadays I'm only doing it for lack of alternatives; the open borders have wrecked so much," he adds while leaning against his 40-ton vehicle.

He's hinting at his fellow drivers from Eastern Europe who are on the road for wages a lot lower than his. Bergner says he used to tour Scandinavia for weeks on end, or Eastern Europe, plus tours leading him right down to Italy. But now, he notes, he's at home on weekends.

"Eventually, my wife wouldn't accept my old schedule any more," Bergner says while looking bashfully at the ground.

A recent proposal by EU transport ministers calls for a 45-hour break outside the trucks after drivers have been on the road for six days. This means drivers would have to return home or stay in a hotel near their current location. In Addition, the proposal envisages the same pay for drivers operating in the same place, irrespective of their origin. 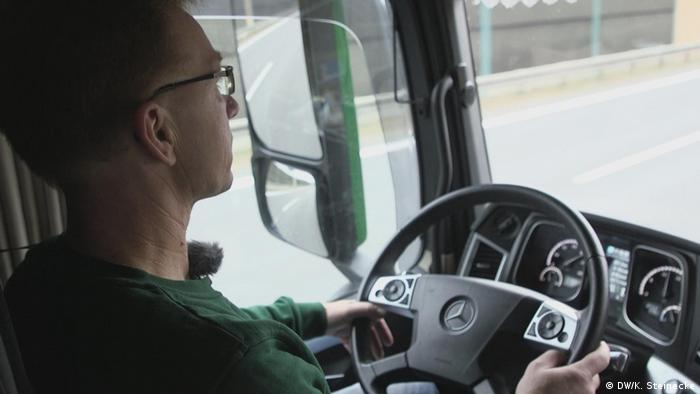 Continual tours abroad lasting several weeks are also to be done away with by making a seven-day break in the drivers' home countries compulsory. The European Parliament is yet to approve the bill, but Eastern Europeans are already accusing the West of protectionism.

"I wonder where all the hotels for the drivers should come from, and the parking spaces for the trucks — there simply aren't enough around," Bergner talks himself into a rage as he closes his door. Oftentimes, he doesn't even get a parking space around midday, he says, and if you want to leave your truck parked overnight, you'd have to secure a parking space by 6 p.m. at the latest.

"Otherwise you can just as well drive right on to your final destination, but nobody seems to have thought of that," Bergner said while shaking his head in disbelief as he starts the engine and navigates his huge truck toward the highway.

Twenty minutes on, the first traffic jam comes into sight. "There's no truck nostalgia involved here anymore," he says. "Look what they're doing," he adds as a Lithuanian truck carrying cars whizzes by at 50 kilometers per hour (31 miles per hour) and cuts in directly in front of him. Even for a car, such a move would have been a risky maneuver. 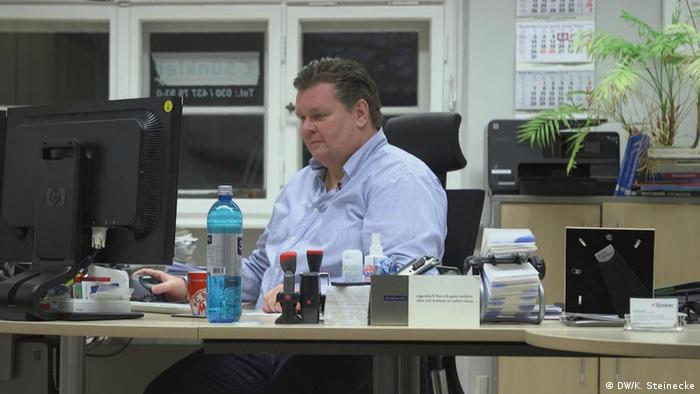 Coordinating truck tours can be quite a challenge, says hauler Michael Sünkler from Berlin

The devil is in the detail

While Bergner is on the road, Michael Sünkler is coordinating the tours for the next day. He's been in charge of a haulage company in Berlin since 2004. "Of course, aiming to harmonize drivers' wages is not a bad idea as such, but who's going to check the implementation of such a regulation," he asks.

There would still be different wages for different kinds of cross-border transports, but for officials it would be next to impossible to identify the exact kind of transport, let alone find out about the pay the driver gets.

Looking out of the window, Bergner notices a truck at his side not really making much progress in overtaking him. He takes his foot off the gas pedal and lets the other German truck pass by. It's another 15 years until Bergner will be pensioned off.

"I couldn't keep my oldest son from doing the same job," he says. "It's not that long ago when he sat on my lap, now he drives his own truck," Bergner adds with a bit of pride in his voice.

In the interest of his son, he hopes policymakers will become more prudent in their decisions, instead of "blindly stumbling ahead."