In an exclusive telephone interview Asif Mohiuddin tells Deutsche Welle’s Bengali Service he thinks "fundamentalists may be involved in the attack" on him Monday evening in Bangladesh. 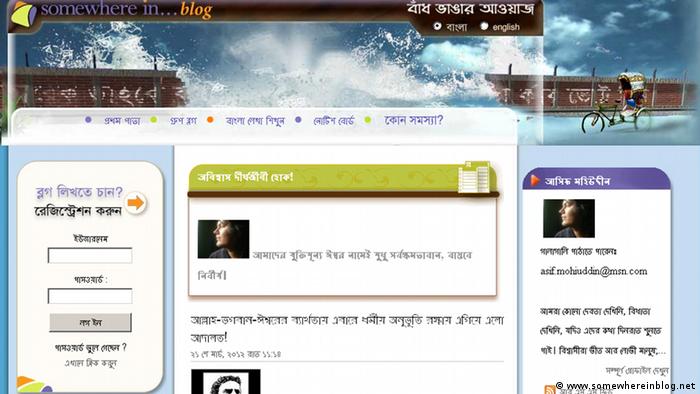 "My blog posts angered them and they had threatened me couple of times before," he tells DW. Mohiuddin was 2012's User Winner for "Best Social Activism Campaign" at Deutsche Welle's International Blog Awards (The BOBs). The prominent Bangladeshi Internet activist was assaulted in a knife attack by three unidentified men earlier this week in Dhaka.

The injuries Mohiuddin sustained left doctors in no doubt that his attackers intended to kill him. Meanwhile, Mohiuddin's family expressed concern for Asif's safety, since he has no police protection in the hospital. His family fears there may be another attempt on his life. 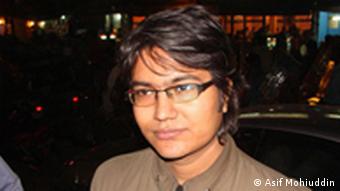 "Asif Mohiuddin is one of the voices against Islamic extremism in Bagladesh," commented DW's Editor- in-Chief Ute Schaeffer. "He is one of the brave people around the world exposing injustice and standing against hatred and oppression. Attacks against journalists and bloggers like Mohiuddin, who champion human rights, happen far too frequently," she added. "We shouldn't put up with it."

The BOBs team and the Bengali Service have condemned the attack on Asif Mohiuddin as an attempt by extremists to silence a liberal voice in the South Asian nation’s blogosphere.

Mohiuddin's Bengali blog is one of the most visited websites in Bangladesh, a country where 90 percent of the population is Muslim. The activist's blog posts are highly critical of religion and comment on human rights issues as well as calling for the defence of the freedom of speech.

Link to the interview in Bengali