Private security firms under scrutiny in Germany | Germany | News and in-depth reporting from Berlin and beyond | DW | 20.02.2013

Since the recent move by online retailer Amazon to fire a private security company over allegations of racism, the role of private security providers has been put in the spotlight in Germany. 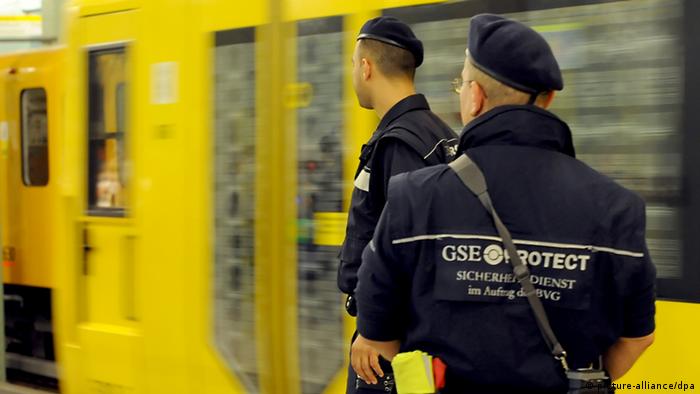 There's a massive queue outside the discount supermarket, just like every Wednesday when new special offers are on sale. Today it's flat-screen televisions and laptops, so there are even more people than usual.

At 8 a.m., the doors open and there's no stopping the crowd. In less than 10 minutes, the electronics are sold out and the fights begin. Customers start fighting over who will get to take home the goods, and one eventually takes out a knife to back up his claim. This was the scene a few years ago in the small German town of Marsberg in North Rhine-Westphalia. At the time, no security staff was on hand to prevent the escalation.

Today, security standards are higher. "If shops offer special discounts or plan some event where they expect a lot of people, they must also hire a security company," said Arnold Plickert, chairman of the police union in North Rhine-Westphalia. 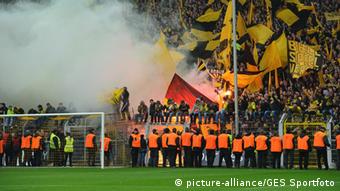 In fact, private security companies are increasingly taking jobs that used to be handled by the police. However, despite the fact that they don't have the same rights or training as the police, they wear uniforms and sometimes also carry weapons. And increasingly, the actions of these security firms are drawing complaints about how they abuse their position of power.

Private security firms aren't just employed for specific events; in some cases, even the police hire them to help out. At airports, security checks are usually handled by private companies, under police supervision. Private companies are simply able to do the job for a much lower price.

Plickert believes private security companies should be hired to work large public events, taking over the job once done by police. "Organizers have to make sure there are measures in place that ensure the safety of the people," he said. "The police are then only needed if there are situations that involve criminal offenses."

Security companies have expanded significantly in recent years; since 2005, the number of people working it the private security business has almost doubled. "In 2011 there were 37,500 people employed in the sector," said Paul Ebsen, a spokesman for the Federal Employment Agency. Whether as bouncers, night watchmen or bodyguards – more and more people in Germany are making a living working for a security firm. 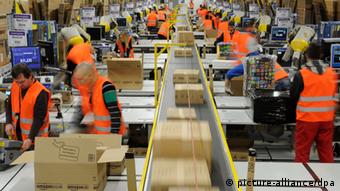 Getting a start in the business isn't very difficult. "Basically, the employee just needs to have completed training in safety and security," said Ebsen. The police, however, point out that not everyone is up to the task.

"Good security companies will constantly train their staff, but not all companies are good," said Plickert, adding that many working in the sector are therefore not really aware of the limitations to their rights and tasks. "A security company employee must not use or threaten violence," said Plickert. "He is not allowed to arrest or hold anyone. They're also not allowed to check documents and IDs."

The German branch of online retailer Amazon was in the headlines recently following a public television report about the mistreatment of its seasonal workers by the staff of a private security company. The film shows security workers wearing clothes and styles identifying them as right-wing as they guard and harass foreign workers and the camera team. According to witnesses, the security companies had continuous access to the apartments of the seasonal workers and searched their belongings.

Online retailer Amazon has severed a contract with a security company accused in a television documentary of intimidating temporary workers hired for the Christmas rush. Amazon said it would not tolerate such behavior. (18.02.2013)

Ursula von der Leyen has asked online retail giant Amazon to provide details on working conditions - especially for seasonal staff - as soon as possible. The company's under scrutiny after a damning documentary. (17.02.2013)