In the midst of one of its worst humanitarian crisis, the island of Puerto Rico was at the mercy of American aid funding until Sonnen and Tesla came in to help. 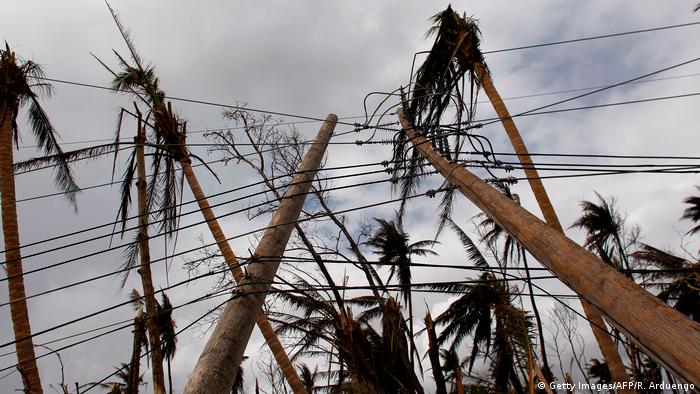 On September 20, Maria, a Category 5 hurricane, wreaked havoc on a number of islands in the Caribbean, pummeling Puerto Rico so hard the island's entire energy grid was nearly destroyed. Over 3.4 million people were left without power. Hospitals are struggling to keep medications refrigerated despite not having power and water contamination has led to an outbreak of leptospirosis — a potentially fatal disease spread by animal urine.

While many lives were at stake, the citizens of Puerto Rico had to wait for the US government to approve additional aid funding, which the US House of Representatives finally did on Thursday with a $36.5 billion (€30.9 billion) disaster aid package. The government's slow response to the island's crisis has differed vastly from the response to similar disasters in Texas and Florida, two other areas heavily affected during this hurricane season. 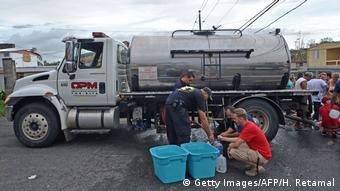 So far 45 deaths have been recorded, a number that is expected to rise with patients in need of oxygen tanks, insulin and dialysis unable to access proper care

President Trump drew sharp criticism for a slow initial response and comments he made about the Puerto Rican budget. After praising the administration's response he was quick to add "I hate to tell you Puerto Rico, but you've thrown our budget a little out of whack."

As American citizens by law, Puerto Ricans have every right to expect full federal support in disaster recovery. Puerto Rico has a unique status in national politics. As a "non-incorporated territory" of the United States, Puerto Rico is autonomous but not sovereign. While Puerto Ricans cannot vote in presidential elections they remain heavily affected by who is in office.

With a poverty rate of around 45 percent, Puerto Rico has struggled since the mid 2000s. A combination of $74 billion in public debt, the continued mass exodus of Puerto Ricans fleeing to the mainland and severely outdated infrastructure had the territory in a fragile state even before Hurricane Maria.

Harry Franqui-Rivera, a researcher at the Center for Puerto Rican Studies at Hunter College, notes that tension between Puerto Rico and the US is not new but clearly exacerbated by the current situation. "You have a combination of political issues," said Franqui-Rivera, "a president who is incompetent and uninterested in the day-to-day intricacies of government, and the logistical nightmare of providing relief to an island with 3.4 million US citizens which has gone through its worst catastrophe in recorded history." Sonnen and Tesla to the rescue

Luckily, the private sector has picked up where the American government dropped the ball. Sonnen, a German-based manufacturer of energy storage systems, stepped in a week after the hurricane with the resources to construct micro-grids that can operate without an initial grid connection. These grids can be installed relatively quickly and can help deliver electricity to emergency relief centers.

Tesla is ramping up battery production in its own effort to build micro-grids, and in the meantime is sending hundreds of its residential batteries called Powerwalls, which store power from solar panels. When asked on Twitter if Tesla could help, Elon Musk responded "The Tesla team has done this for many smaller islands around the world, but there is no scalability limit, so it can be done for Puerto Rico too." This is an opportunity for both companies to improve their public image while inadvertently advertising their expertise in energy security.

Ricardo Ramos, the chief executive of the Puerto Rico Electric Power Authority said the main goal is to restore energy to hospitals. As he told the New York Times "I would love to have all the hospitals energized, but it's impossible to do that," he said. "There are hospitals in the mountainside, there's hospitals in the southeast, where the infrastructure is completely destroyed." While responding to the humanitarian crisis, companies like Sonnen and Tesla are also showcasing the flexibility and durability of their technology.

When asked why they were offering to help, Sonnen's US Senior Vice President Blake Richetta said, "This reflects the passion of the German people to take on a global leadership role, no matter how far from Germany, in helping humanity and the planet and, unlike others, we can actually help right now, not just talk about it."

For now, Trump is all talk.

US President Donald Trump has defended his administration's handling of Puerto Rico's hurricane disaster. While voicing solidarity, Trump also made reference to the US territory's debt and infrastructure crises. (29.09.2017)

Hurricane Irma cut a swathe of destruction as it roared through the Caribbean and southeast US. Tropical islands were turned into piles of rubble while some 6.5 million people in Florida have been left without power. (07.09.2017)