From climate sins to the climate apocalypse, the dialogue surrounding climate change is taking on religious undertones. Now preachers and religious leaders are trying to turn their followers into climate believers. 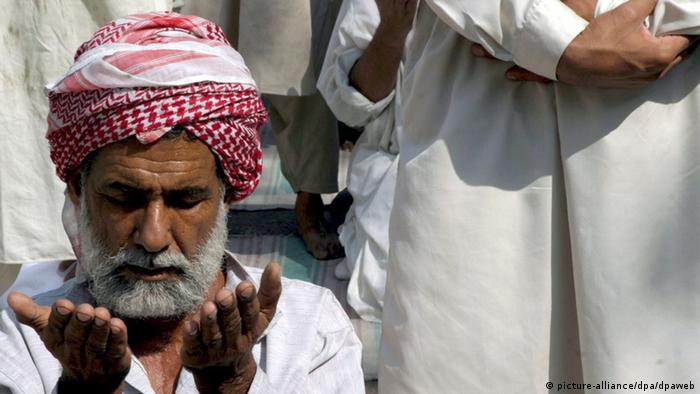 In the 12th century, St. Francis of Assisi preached that man must respect all creation and the environment. And that message was repeated again now, nearly a thousand years later, by the newly-elected head of the Catholic Church, Pope Francis.

But it’s not just Christianity that touches on the theme of the relationship between man and nature. It’s a topic embraced by all the world’s religions. And those beliefs play an important role in the world because more than 80 percent of the world’s population consider themselves religious, believing in a higher force.

The leaders of the world’s religions often shape and decide what themes are central to their believers. They select which passages to emphasize from the holy scriptures, too. 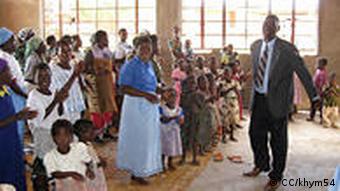 "They influence people’s view of the world, and the way they act," American ethnologists James Peoples and Garrick Baley say in their book "Humanity: An Introduction to Cultural Anthropology."  Imams, for instance, often tell their believers about the Prophet Muhammad, whose favorite color was green – also the color of environmentalism.

Religious leaders carry a great deal of authority as well. They offer orientation and guidelines to their congregations, they help regulate family life, they decide which rituals are performed at marriages, deaths or conflicts and they give meaning to the unexplainable, the mystical.

That means they also determine, to a certain extent, the actions of their followers. Now, many of them are trying to use that influence to turn their believers into climate warriors.

Preaching for the climate

Whether people are Hindus, Muslims, Christians or Sikhs – followers of all faiths are threatened by climate change. In the "Interfaith Declaration on Climate Change," more than 100 religious and non-religious groups called on world leaders to come to a binding agreement on fighting climate change.

The organizations involved appealed to the morals of their supporters, hoping to convince them that the planet’s resources are indeed limited. Back in 2009, representatives from some 30 religions and interdenominational groups took part in the religious conference "Many Heavens, One Earth" in Great Britain. 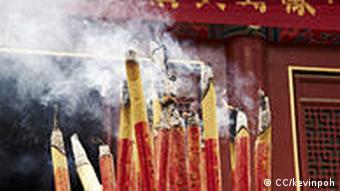 Some religious leaders have opted to burn fewer incense sticks

The participants agreed to take on concrete projects: for instance, the Chinese Buddhists and Taoists wanted to limit the number of incense sticks to three per person to cut air pollution, and the Anglican church and the Sikhs committed to installing more solar panels on their prayer buildings.

And in 2010, a group of African religious leaders signed a declaration vowing to regularly touch on climate change themes in their sermons, emphasizing relevant verses in the holy texts that speak to the relation between man and nature. They also aim to teach their believers to lead more eco-friendly lives.

Mufti Shaban Mubajje, a leading Muslim figure in Uganda, preaches to his followers every week on how to save the climate, from preserving land to consuming less coal and planting trees. Many in the East African country cut trees to use as heating wood or construction material. That’s led to entire swathes of forest land being destroyed. 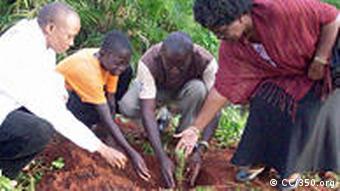 Planting trees for a holy cause

In the region of Bunyoro in western Uganda, an Anglican bishop is making a unique effort to reforest the region’s land. Before he marries a couple or baptizes a baby, he requires them or their families to plant a tree. The initiative gets support from international organizations, like the British Council.

Whatever the method – whether it’s using less coal, fewer incense sticks or planting trees,  religious leaders don’t seem to be bothered by how and how much their followers do to preserve their environment. The important thing, is that they do something.

"We only have this one world, this world," Nobel Peace Prize winner Bishop Desmond Tutu said at the climate conference in Copenhagen in 2009. "And if we destroy it, we have nothing else."