A powerful typhoon moved across the western end of Japan's largest main island on Friday. At least two people were killed, and authorities advised nearly 100,000 people to evacuate. 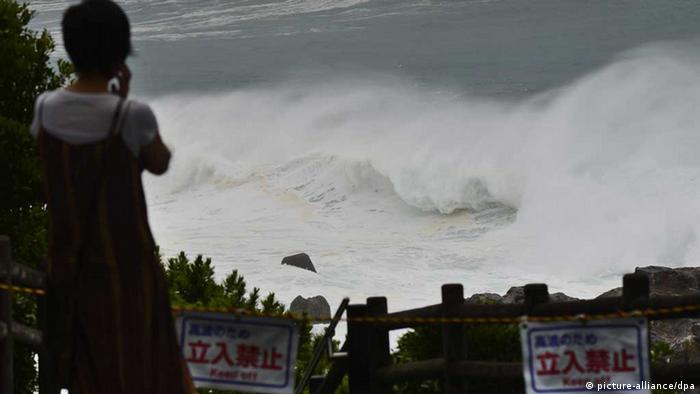 Typhoon Nangka hit the western prefecture of Wakayama and rains caused rivers to overflow their banks after some parts of Honshu, Japan's largest main island, received more than 600mm (23 inches) of rain since the storm began to approach on Thursday.

Two men drowned, according to NHK national television, and some 35 people were injured.

Nangka had been downgraded to a tropical storm by Friday morning but still packed sustained winds of 80 kilometers per hour (51 mph), with gusts of up to 120 kph. It was expected to dump a further 300 mm (11 inches) of rain on parts of Japan by Saturday morning. 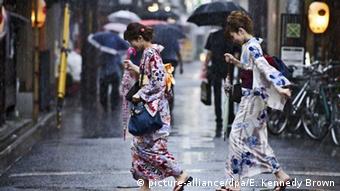 Rains bore down on downtown Kyoto

Authorities had advised nearly 100,000 people to evacuate across a wide part of western Japan due to the threat of flooding and landslides. At one point on Thursday, nearly 400,000 people were advised to leave their homes.

Trains in western Japan suffered delays, while highways near the ocean were closed and almost 165 flights were cancelled.

The storm is expected to head into the Sea of Japan later on Friday and weaken into a tropical depression. It will then head northeast across the northern tip of Honshu on Sunday.

Typhoon Chan-hom has made landfall in Zheijiang province, south of Shanghai. Hundreds of thousands of people have been evacuated, hundreds of flights have been cancelled and ships ordered back to port. (11.07.2015)

The head of the Catholic Church is poised to focus on ecology in release of a key document. Activists around the world say it's already spurring action - among the faithful, and beyond. It also has its detractors. (15.06.2015)

Rescue workers in Shizuoka prefecture are being hampered by severe weather as they attempt to find those whose homes were swept away by the mudslide.