Postcard: Estonia should reconsider its decision to join the eurozone | Europe| News and current affairs from around the continent | DW | 11.06.2010

Postcard: Estonia should reconsider its decision to join the eurozone

Estonia adopts the euro on January 1, 2011 while the currency is facing the biggest crisis of its existence. Malcolm Brabant mulls over this decision from the perspective of debt-ridden Greece. 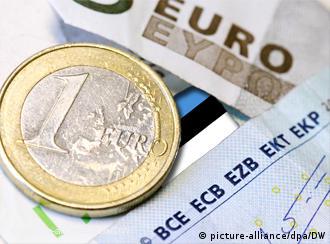 Is Estonia making the right choice in adopting the euro?

So Estonia, the land of the Baltic economic miracle, the most computer-literate nation on the planet, is going to join Greece in the eurozone. No, I couldn't believe it either.

I know that after struggling for half a century to liberate themselves from the Soviet jackboot, the Estonians have always been anxious to advertise their European credentials. But in the current economic climate, boarding the listing and possibly sinking ship that is the euro is surely taking slavish loyalty to psychotic levels.

In Greece, where every other person is a conspiracy theorist and some think the internet is where you throw a basketball, they are asking whether Estonia has had its broadband connection severed for the past six months. Has the government in the picturesque capital, Tallinn, completely missed news of the euro crisis and the advice of those economists who believe that a nation should have complete control over its own currency?

Or has the European Commission developed a new secret weapon based on "The Stepford Wives," whereby it can remove a nation's independent thought mechanism and replace it with Brussels-based propaganda? Did anyone believe the Commission President Jose Manuel Barroso, when he said that Estonia's willingness to join the euro club was a sign of the currency's attraction? 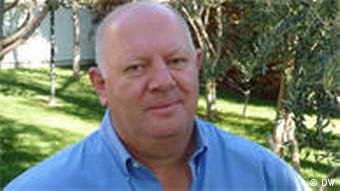 "In all this debate, let's remember: nobody wants to leave the euro and others are seeking to join," Barroso said.

Welcome to the club

Not long after the euro started disappearing down the gurgler, the wily Bulgarian Prime Minister, Boiko Borissov, conveniently discovered that his country's budget deficit had risen above the levels permitted for euro membership. What a shame.

Sadly, he announced, Bulgaria wouldn't be able to join the euro. Here in Athens, you could feel the gale as Bulgarians collectively breathed a sign of relief.

And didn't Nicholas Sarkozy thump the table and threaten to return to the fine French franc during an argument with Germany's Chancellor Angela Merkel over the plan to rescue Greece? He was furious that her dithering forced the expansion of the euro safety net to embrace the weak economies of Portugal, Italy, Ireland and Spain. The cost of the parachute rocketed from 20 billion dollars to a trillion.

Welcome to the eurozone, Estonia. You can look forward to seeing the profits of your painful post-communist transition being used to subsidize Greek profligacy.

So are the Estonians mad? No. I suspect they are "SAD" - that is, suffering from "Seasonally Adjusted Disorder." All those dark winter days, deprived of sunlight, have possibly affected their sense of reasoning.

What Estonians need to do is come to Greece where the sun shines for 300 days a year. They need to see how the euro led to inflation and profiteering; how it transformed a relatively poor, but contented nation into a materialistic society whose prosperity is now exposed as being truly flawed.

They need to meet a paint shop owner I read about recently, who also has a position in the Greek coastguard. He hasn't turned up for duty in 35 years, and yet he still commands a government salary of 3,000 euros ($3,600) a month. That means, he has defrauded the state of something approaching one million euros. There are thousands of ghost workers like him.

That is who Estonians will be paying for.

The other thing to remember is that the date for ratifying Estonia's membership of the eurozone is July 13th. There's still time to back out.

EU finance ministers have discussed allowing fellow member states to vet their budgets before their national parliaments see them. They also warned that there is no way around budget cuts for struggling economies. (08.06.2010)

Budapest plays down concerns about its financial state

Hungary's new government is preparing an action plan to cut the deficit as part of an effort to avert a possible default. This comes after comments last week sparked concerns about a possible Greece-style meltdown. (07.06.2010)