'Post-truth' is Oxford Dictionaries' word of 2016

Oxford University Press has chosen "post-truth" as word of the year after its use skyrocketed with the Brexit debate and the US election. The adjective won the title ahead of "adulting," "woke," and "coulrophobia." 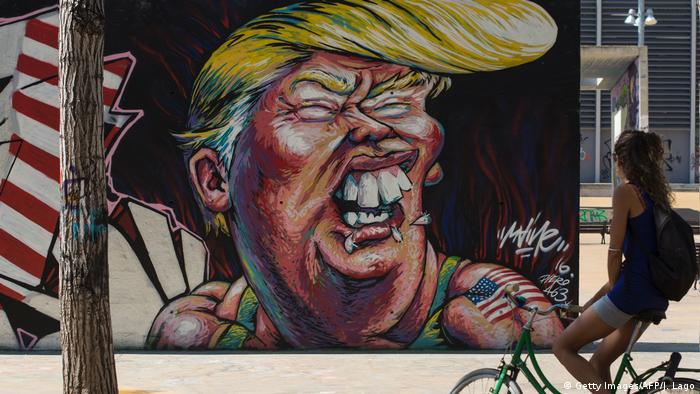 The scholars announced their decision on Wednesday, defining "post-truth" as "relating to or denoting circumstances in which objective facts are less influential in shaping public opinion than appeals to emotion and personal belief." Most commonly, the adjective is used in the phrase "post-truth politics."

The concept was fueled "by the rise of social media as a news source" as well as the "growing distrust of facts offered up by the establishment," said Oxford Dictionaries' president, Casper Grathwohl.

Serbian-American playwright Steve Tesich was likely the first person to ever use the term in its current meaning. In 1992, commenting on the Gulf War and secret plans to sell weapons to Iran, he wrote that Americans "as a free people, have freely decided that we want to live in some post-truth world."

The word was later popularized by the 2004 Ralph Keyes book "The Post-Truth Era" in 2004, a year before American comedian Stephen Colbert  first used "truthiness" for the similar concept of something "seeming or being felt to be true" even when it is not.

However, "post-truth" really spiked only in recent months, with the UK's shock vote on Brexit and Donald Trump securing the Republican nomination.

The term is now widely understood and used by major publications, the experts said.

Oxford Dictionaries also considered words like "alt-right" and "brexiteer," both linked to the turbulent political landscape in the US and the UK, as words of the year. Other candidates included "adulting" - behaving like a responsible adult, especially when it comes to mundane tasks - and "woke," an American slang word meaning "alert to injustice in society, especially racism."

In a wink to another 2016 trend, the scholars also shortlisted the word "coulrophobia" - the extreme or irrational fear of clowns.

Last year, the UK-based institution stirred a controversy by declaring the emoji with tears of laughter its "word" of 2015.