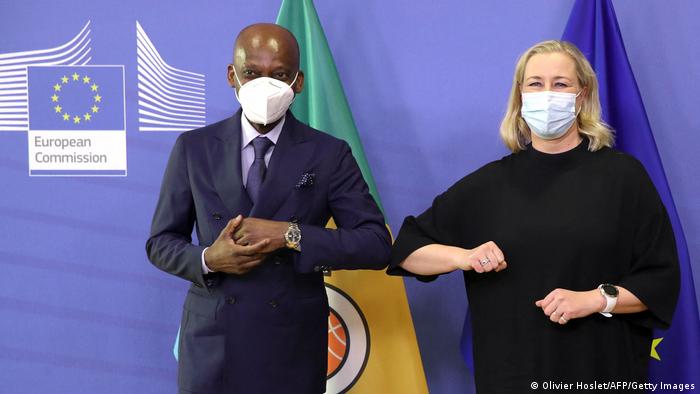 Migration and human rights were part of the negotiations

The partnership between the European Union and 79 African, Caribbean and Pacific States (ACP) is one of the EU's oldest and broadest cooperations with other countries.

Both sides, the EU and ACP, have now concluded the negotiations for a new treaty that will replace the current legal framework known as the Cotonou agreement — which has been in place for over 20 years. So far, the EU-ACP partnership focuses on the eradication of poverty and sustainable development. The new post-Cotonou deal includes a broader range of policy areas, such as climate protection, human rights and migration issues.

Negotiator Robert Dussey, Togo's foreign minister, made clear the deal was not easily brokered. "I think it was most difficult to figure out the issues that separate us," he told DW. "We mainly disagreed on migration, human rights issues and sexual orientation."

Dussey had traveled to Brussels this week to join Jutta Urpilainen, the Finnish EU Commissioner responsible for international partnerships. Despite the pandemic, the chief negotiators wanted to present the good news together: After more than two and a half years of negotiations, the European Union, represented by Urpilainen, and the Organisation of African, Caribbean and Pacific States (OACPS), represented by Dussey, concluded the negotiations for a new partnership agreement.

DW met up with both chief negotiators in Brussels."It has been a long process," Jutta Urpilainen said. The main reason was that there were different kinds of opinions and different kinds of sensitivities when trying to reconcile 27 EU states and 79 ACP countries.

The European Union and these 79 African, Caribbean and Pacific states, mostly former colonies of EU nations, have a special relationship. A first agreement, mainly focused on development aid and trade, was signed in 1975 and dubbed the Lomé Convention. It was followed by the Cotonou Agreement, a treaty that will now be replaced — once signed and ratified — by this new deal (it will be named after the so far unknown city where it will be signed).

Urpilainen told DW she hoped the new agreement "will strengthen our cooperation on the global stage" as the EU and the OACPS represent over 1.5 billion people and more than half of the seats at the United Nations.

The EU Commissioner said the aim of the new treaty was to move away from focusing on development towards a broader, more comprehensive approach. 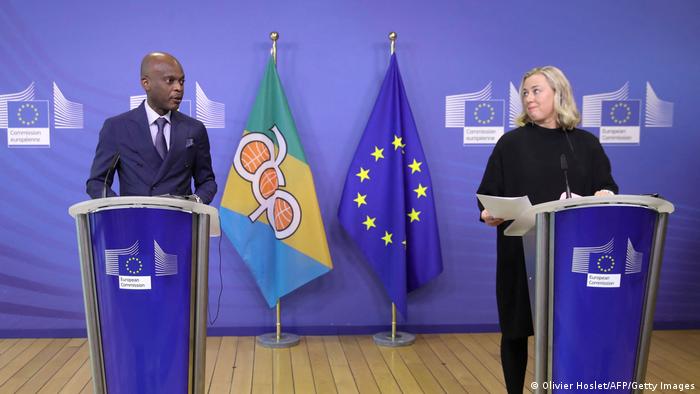 During the negotiation process, critics have voiced concerns over a renewal of the OACPS-EU partnership, raising questions about why a single agreement is needed for three vastly different regions of the world. One major point of critique is that the whole Northern part of Africa is not part of OACPS. Negotiators have responded to this contentious issue by implementing three different regional protocols, one for the African, one for the Pacific and one for the Caribbean countries.

Jutta Urpilainen also stressed that she was "delighted" that EU values such as gender equality, democracy and human rights were now more at the core of the partnership.

The treaty emphasizes, for example, "the principle of equality and non-discrimination on any grounds." When asked how this declaration can work when homosexuality is illegal in several African countries, Robert Dussey told DW this question was very hard to answer. "It's foremost a cultural problem," he said.

"But this is not the case all over Africa. I think people are more and more opening up their minds." 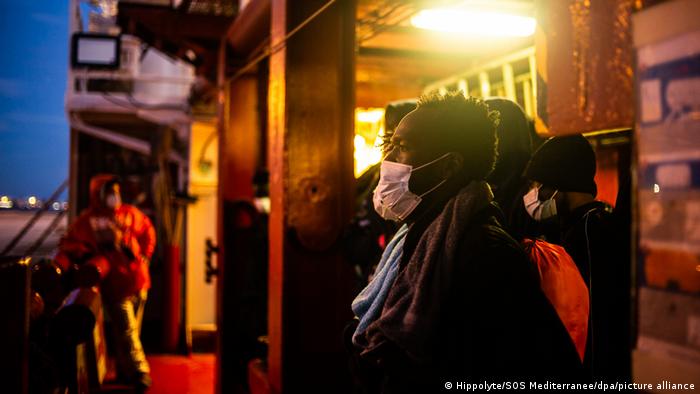 Both Dussey and Urpilainen say migration was another topic where it was hard to find common ground. The EU Commissioner stressed she was very satisfied to now have a legal framework for the return and readmission of migrants, as this issue was one of the EU's key priorities during the negotiations.

Robert Dussey, Togo's foreign minister, added that migration was not only solely a European issue "We are worried to see our young people leave the continent on their way to the European Eldorado and then die in the ocean," he said. "We cannot be proud of this as ruling politicians, no, in fact, we are ashamed."

Dussey said he was counting on the EU to help governments so that young people would remain on the African continent.