Africa-Europe relations: 2020 was a lost year

Plans for a new EU-Africa partnership, a summit and an updated treaty all fell by the wayside in 2020. The coronavirus pandemic wasn't the only reason why. 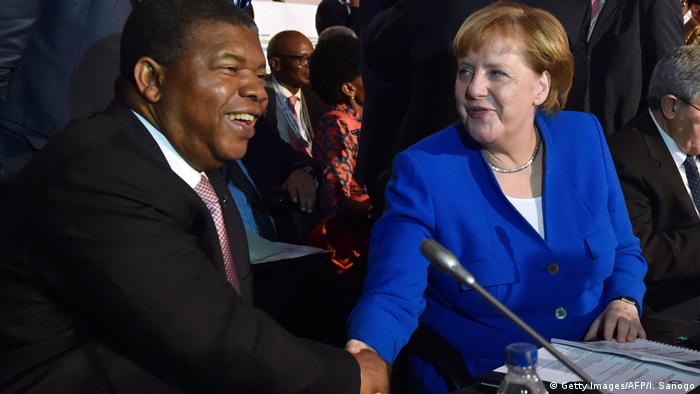 There was a sense of optimism about the European Union's relationship with the African continent in March 2020 when EU development commissioner Jutta Urpilainen and EU High Representative Josep Borrell announced their new Africa Strategy.

"The European Union is Africa's first partner by all accounts: trade, investment, development, cooperation, security. We want this to remain, to scale it further and make it even more efficient," Borrell told journalists.

2020 was expected to be a crucial year for the two continents to develop their relationship.

The new strategy announcement was seen as a curtain-raiser with the a planned AU-EU summit rounding off the year. 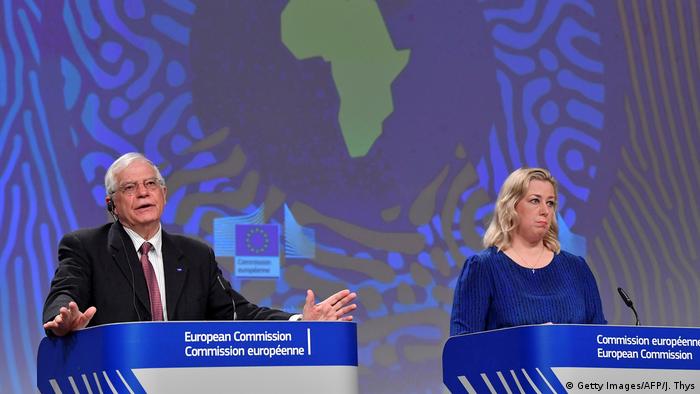 In March, there were high hopes when Josep Borrell and Jutta Urpilainen announced the EU's new Africa-strategy

In October 2020, the heads of state from 55 African Union and 27 EU nations and their delegations were supposed to celebrate the new partnership at a summit in Brussels.

In addition, a successor to the Cotonou Agreement, which regulates economic relations between the EU and more than 70 former colonies in Africa, Asia and the Pacific region, was to be hammered out.

With Germany holding the EU Council presidency from July to December, the country was expected to play a decisive role.

"Africa is an important aspect of our foreign policy," promised German Chancellor Angela Merkel during a keynote speech in May.

Two continents that need each other

Things turned out differently than expected, though.

The EU-Africa summit has been postponed to 2021 because of the coronavirus pandemic, while a proposition for a virtual meet-up failed to find support.

And a replacement for the Cotonou Agreement, which expires in December 2020, is nowhere in sight.

"The EU is very much preoccupied with itself — partly due to the COVID-19 crisis," says Mathias Mogge from VENRO, an umbrella organization for development NGOs in Germany. "Partnerships with Africa have since faded into the background."

But it's not just the Europeans who are pulling the hand brake. African nations are also frustrated with the current relationship with Europe.

Those working for civil society in Africa have a similar view. According to a recent VENRO poll of 221 employees from various African NGOs, half of them said cooperation with Europe "does not work well" or "not at all."

Conflicts over trade and migration

Economic relations are a major point of dispute. With 31% of exports and 29% of imports, the EU is an important trading partner for Africa.

Migration is another hotly contested topic. The EU routinely pressures African countries to secure their borders to stem the influx of irregular migrants crossing into Europe. Those who do so are rewarded with hefty sums of money from Europe.

It's difficult for most Africans to legally migrate to Europe unless they belong to specific professional groups desperately needed by Europe.

Also, the EU's new Africa Strategy has failed to draw much interest. The EU wants to work more closely with Africa in five key areas: green transition, digital transformation, sustainable growth and jobs, peace and governance, and migration and mobility.

But, says Mathias Mogge von VENRO, the strategy is one-sided. 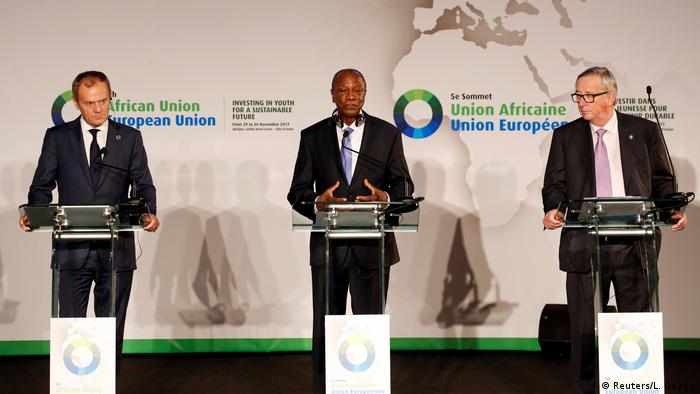 "We would like to develop such strategies with the African Union, and African and European civil society. That way, it wouldn't look as if the EU was dictating something that Africans have to react to," he says.

Whether 2021 will now become the crucial year for EU-Africa relations depends on whether the planned AU-EU summit takes place early in the year.

Critically, leaders on both continents need to agree on the summit's objectives.

"Relations between Europe and Africa can't continue as is," says political scientist Kappel. "A completely new start is needed."