Portugal's Antonio Guterres leads race to be next UN secretary-general

Antonio Guterres has come out tops in a second straw poll of UN diplomats, with the former Portuguese prime minister tipped to take over as UN secretary-general. The final decision will be made in October. 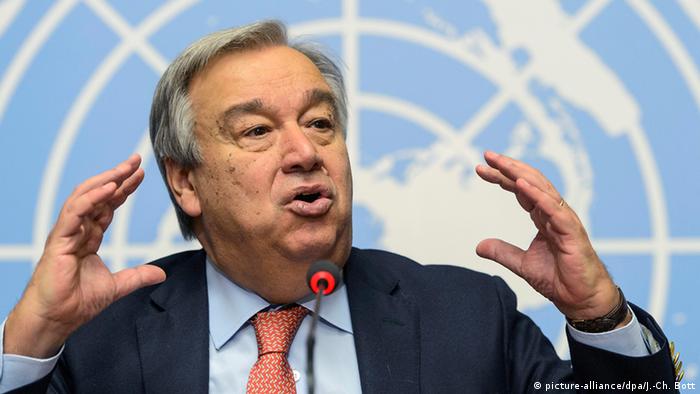 The 67-year-old Guterres (above) received 11 "encourage," two "discourage," and two "no opinion" votes during the informal vote held Friday by the 15-member Security Council.

The former UN refugee chief had a slightly weaker showing than in the first round last month, but increased his lead over the other candidates in the race to succeed current Secretary-General Ban Ki-moon. 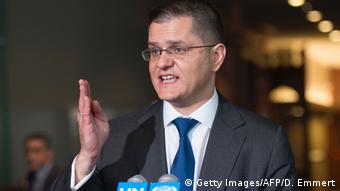 Vuk Jeremic of Serbia is currently in second place

Guterres, who was Portugal's center-left Socialist prime minister from 1995 to 2002 and served as UN high commissioner for refugees until the end of last year, has emerged as one of the expected front-runners after setting out his platform at the first-ever open hearing for candidates for the top UN post in April.

Slovenia's former President Danilo Turk, who came second in the first round of voting, dropped to fourth place. Argentina's Foreign Minister Susana Malcorra took third place, becoming the leading woman in the race, climbing from eighth place. Malcorra is ahead of UNESCO chief Irina Bokova of Bulgaria, who fell from third to fifth place.

Former Australian Prime Minister Kevin Rudd has announced that he wants to succeed Ban Ki-moon as the next UN secretary-general. He has asked the cabinet in the capital, Canberra, to endorse his nomination. (18.07.2016)

Candidates vying to become the next UN secretary general have stepped up to face questions from UN General Assembly members. The hearing in public is unprecedented, marking a departure from a normally secretive process. (13.04.2016)

Rights groups say the next leader must strike a new deal for refugees and end the death penalty. This week, eight candidates for the top job will outline their vision for the role at the UN General Assembly. (11.04.2016)

Analysts said the vote still leaves the race open, with additional "straw" polls expected in the coming weeks after Guterres failed to get no "discourage" votes, which several diplomats said would have almost certainly led to his recommendation for the post.

According to the United Nations Charter, the secretary-general is chosen by the 193-member General Assembly on the recommendation of the Security Council. In practice, this has meant that the council's five permanent members - the US, Russia, China, Britain and France - have veto power over the candidates. The decision is expected in October, so the new UN chief can begin his or her five-year term on January 1. 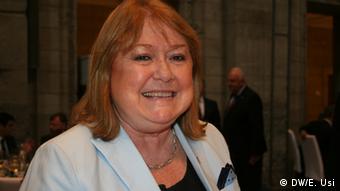 Susana Malcorra could be the first female UN chief

The UN is facing pressure to ensure that the candidate comes from an Eastern European nation, countries which have never before filled the role. Several nations are also campaigning for the first female UN chief.

The Security Council will hold secret ballots until a consensus is reached on a candidate to replace UN chief Ban Ki-moon of South Korea, who steps down at the end of 2016 after serving two five-year terms.

Croatia's ex-Foreign Minister Vesna Pusic pulled out on Thursday after she picked up the lowest score in the first round, and diplomats said they expected others among the remaining 11 candidates to withdraw as the polling continues.

Coronavirus: Austria and Denmark break ranks with EU on vaccines 5h ago