Popular 'The Witcher' saga gets a Netflix TV series

Fantasy-lovers and "Game of Thrones" fans can look forward to the Netflix show "The Witcher," based on the cult series by Polish author Andrzej Sapkowski. It became world famous through its hit video game adaptation. 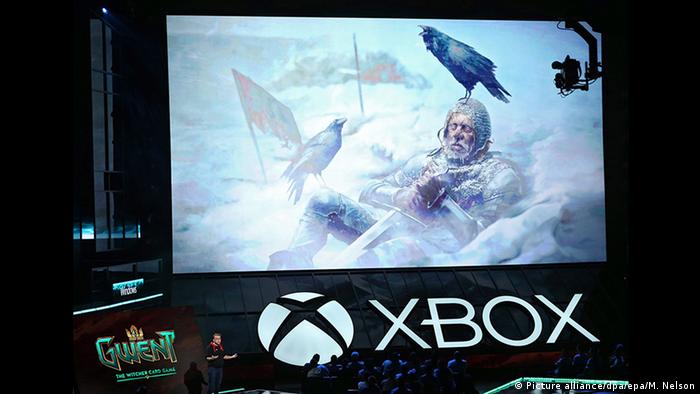 Netflix announced on Wednesday that it is developing and producing an English-language TV series based on "The Witcher," a saga of eight novels and story collections written by Polish author Andrzej Sapkowski. His books have been translated into more than 20 languages.

"I'm thrilled that Netflix will be doing an adaptation of my stories, staying true to the source material and the themes that I have spent over 30 years writing," said Sapkowski in a press statement. The author will serve as a creative consultant on the series. "I'm excited about our efforts together, as well as the team assembled to shepherd these characters to life," he added.

The news also got fans excited:


"The Witcher stories follow an unconventional family that comes together to fight for truth in a dangerous world," said producers of the TV series, Sean Daniel and Jason Brown. "The characters are original, funny and constantly surprising and we can't wait to bring them to life at Netflix, the perfect home for innovative storytelling."

The saga has a cult following in Poland. Previous Polish film and TV series adaptations of Sapkowski's "Witcher" saga were made, and the stories were also turned into comic books.

However, the international fame of "The Witcher" came with the critically-acclaimed hit video game series produced by CD Projekt Red.

When then Polish Prime Minister came to visit Obama in 2011, he offered him a collector's edition of "The Witcher 2: Assassins of Kings."

"The Witcher 3: Wild Hunt," released in May 2015, obtained almost perfect scores from critics, and was deemed by many "the best role-playing game ever made."

Players of the game embody the main character from Sapkowski's books, Geralt of Rivia, a "witcher," or professional monster hunter with supernatural abilities. His quests lead him through a war-ravaged world filled with fantastic creatures. The game confronts players with consequential moral choices, while the medieval universe offers realistic depictions of sex and violence.

Some Twitter users are already speculating on the cast:

Netflix did not specify when the series will be released.