Popstars glitter at German Echo awards | Germany| News and in-depth reporting from Berlin and beyond | DW | 05.03.2010

Lady Gaga continued her sweep of the European awards season by picking up three German Echo awards on Thursday night. But Robbie Williams, Rihanna and Sade provided the spectacle at the music awards show. 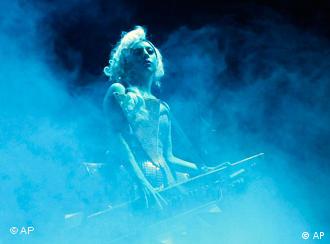 Lady Gaga stormed the 2010 Echo awards without even turning up

The New York superstar Lady Gaga did not turn up at the Echo awards show in Berlin, despite picking up three awards - for best newcomer, best international rock or pop act, and hit of the year for her single "Pokerface."

Instead, it was left to Robbie Williams, Rihanna and Sade to supply the Anglo-American glamour. Williams received his seventh Echo award - this one as best international pop artist - from German goalkeeping legend Oliver Kahn. Williams, dubbed by Kahn a British pop "titan," used the show to present the latest single from his comeback album "Reality Killed the Video Star." 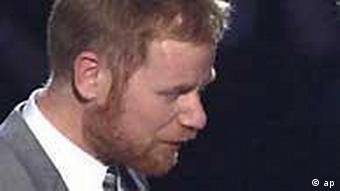 Altogether, 20 prizes were awarded by an expert jury. German pop was represented by rock band Silbermond and hip-hop artist Jan Delay, who walked away with two awards each, while the ever-present Xavier Naidoo shared the domestic rock/pop award with Cassandra Steen, the Stuttgart-born singer with American parents.

Berlin-based reggae and hip-hop artist Peter Fox converted only one of his five nominations, but it was one of the biggest - the former Seeed member won the hotly contested best album award for "Stadtaffe." "I won't stop making music," Fox promised after he accepted the award. He intends to return to Seeed in the near future.

There was even room on the winner's podium for some true veterans. British electronic maestros Depeche Mode won the best international rock/pop band category, cementing their enduring popularity in Germany.

Rammstein, Green Day and German rapper Sido were on hand to represent pop music's darker elements, each walking off with prizes in the alternative and rap categories respectively. Sido accepted his award with the traditional rapper's middle-fingered salute.

Xavier Naidoo, Beyonce, and Depeche Mode are among the nominees for the 2010 Echo Awards. The prestigious prizes honoring the year's best Pop and Rock music will be awarded in Berlin on Thursday. (04.03.2010)

Germany's most infamous gangsta rapper is making headlines again. But this time, it's not because of an offensive comment or a banned record - its because he seems to be growing up. (09.02.2010)

Kim Petras became the world's youngest known transsexual when she completed gender reassignment surgery last November at age 16. Now, the German teenager is becoming famous for something else: her singing. (24.08.2009)