Reports say Pope Benedict XVI signed a letter in 1985 when he was a Vatican official, resisting a decision to defrock a Californian priest with a record of sexually molesting children. 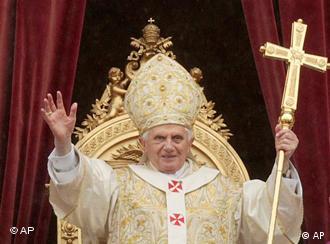 The Vatican has defended the Pope against the allegations

The Associated Press news agency has obtained a letter signed by then-Cardinal Joseph Ratzinger that shows he urged caution in defrocking the priest with a record of sexual abuse.

In the letter from 1985, the future Pope Benedict XVI told the bishop of Oakland he needed more time to "consider the good of the universal church" as he reviewed a request to remove a Californian priest who pleaded guilty to molesting children. He highlighted concerns about the priest’s young age and how any dismissal would affect the church.

The letter, originally written in Latin and translated for the agency, comes to light as the Vatican fends off allegations that the pope mishandled abuse cases during his time as a bishop in Germany and a Vatican official before his election in 2005. 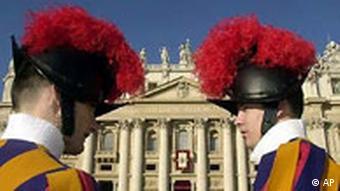 The Vatican has denied that there was a cover-up

According to a 1981 letter from the Diocese of Oakland, the priest Rev. Stephen Kiesle had himself asked to leave the ministry. The diocese had asked Ratzinger to agree that he be "relieved of all the obligations of the priesthood, including celibacy."

Arguments for and against

At the time of the letter, Ratzinger was responsible for enforcing Roman Catholic doctrine.

Following years of correspondence about the proposed defrocking, the future pope said in the 1985 letter that arguments for the priest to be removed were of "grave significance."

But, he added that he was also worried about what granting the request to remove the priest could "provoke with the community of Christ's faithful, particularly regarding the young age of the petitioner."

According to the Associated Press, Kiesle was 38 at the time and had been sentenced to three years of probation in 1978 after he pleaded guilty to misdemeanor charges of lewd conduct for tying up and molesting two young boys in a church rectory.

Asked about reports about the documents, the Vatican's deputy spokesman, the Rev. Ciro Benedettini, said the then-Cardinal Ratzinger had not covered up the case but wanted it "studied with greater attention."

Pope makes no mention of abuse scandal in Easter sermon

Pope Benedict XVI urged humanity to undergo a "spiritual and moral conversion" during his Easter Mass. A senior cardinal dismissed the allegations against him as "petty gossip." (04.04.2010)

The Vatican has once again dismissed media allegations that Pope Benedict XVI helped cover up sex abuse as mounting criticism from lay reform movements resulted in a call for the pontiff to step down. (27.03.2010)