Pope Francis has held a special Mass to honor Father Jacques Hamel, the French priest killed by Islamic extremists at his altar in July. The pontiff urged all religions to denounce killing in God's name as "satanic." 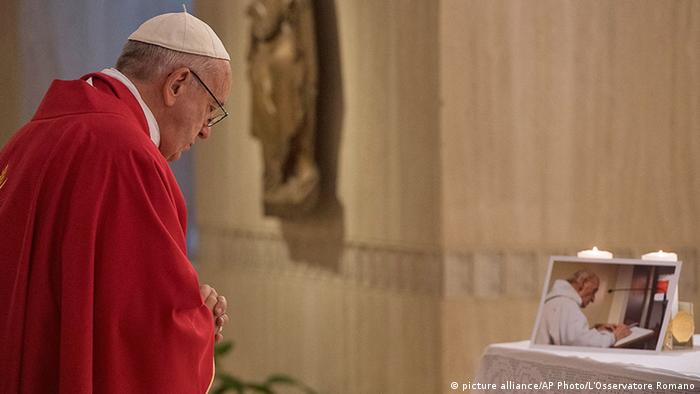 Pope Francis described Father Jacques Hamel as a "good, gentle man" at the intimate morning Mass attended by around 80 pilgrims from the northern French diocese where the priest was murdered.

Two jihadi militants slit Hamel's throat after storming into his church in Saint-Etienne-du-Rouvray, outside the city of Rouen, on July 26.

A photo of the 85-year-old was placed on the altar during the homily in the chapel of Francis' guest house in the Vatican.

"He accepted his martyrdom there on the altar," the pope said in his Italian-language sermon, which was translated into French for the visitors, including Hamel's relatives, members of his parish and the Rouen bishop.

"A good, humble man, a man of brotherhood who always sought to make peace, was assassinated as if he were a criminal," Francis said.

He also lamented the persecution of Christians today, and called on all people of faith to pray for peace and "the courage to tell the truth: killing in the name of God is satanic." 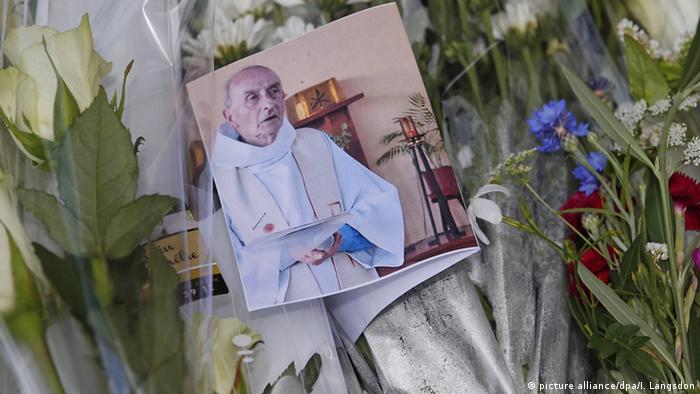 Hamel was a much-loved figure in the Rouen diocese

Hamel's attackers, Abdel-Malik Nabil Petitjean and Adel Kermiche, both 19, were later killed by police. The extremist group "Islamic State" (IS) claimed that the two men were its "soldiers," and released a video of them pledging allegiance to IS leader Abu Bakr al-Baghdadi.

The priest's murder came after a string of terror attacks in France, and at a time when political leaders were scrambling to find ways to defeat home-grown Islamist violence.

More than 200 people have died in attacks in the country since January 2015. Less than two weeks before the church killing, a man who had pledged allegiance to IS drove a truck into a crowd of people celebrating the French national holiday, Bastille Day, in the southern city of Nice, killing 84 people.

Earlier this month, Francis met with French President Francois Hollande over the attack, and on September 24 he is expected to meet relatives of the victims.

A court in France has charged a man who allegedly exchanged text messages with the two Islamists who killed a Catholic priest in Normandy last month. The so-called "Islamic State" group claimed links to the attackers. (13.08.2016)

Muslims, Christians come together in France

In the aftermath of the brutal attack on a church where Islamist militants killed a priest, Christians and Muslims have come together across the country to pray and show support. Jake Cigainero reports from Paris. (02.08.2016)