Pope Francis calls for peace, end to slavery in 2015

The head of the Roman Catholic Church has called on people of all religions to come together to end slavery and human trafficking. The pope also called for an end to armed conflicts. 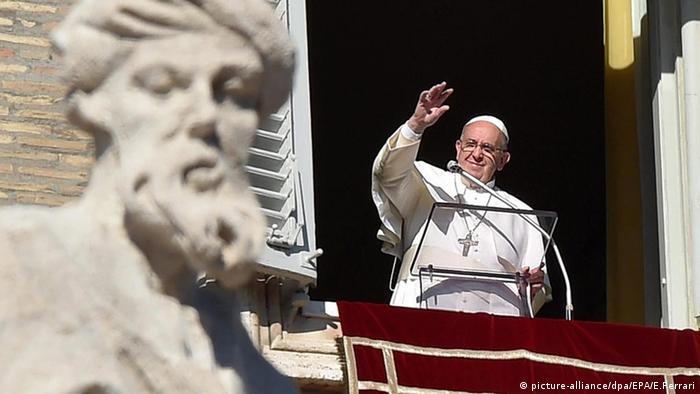 Speaking to tens of thousands of worshippers gathered in St. Peter's Square in Vatican City on Thursday, Pope Francis called for an end to wars.

Earlier, he used a service in St. Peter's Basilica to promote January 1 as the Vatican-declared "World Day of Peace," as well as this year's theme, "Slaves no more, but brothers and sisters."

"Slaves no more because wars turn us all into slaves," the 78-year-old Francis said.

"All of us are called (by God) to be free, all are called to be sons and daughters, and each, according to his or her own responsibilities, is called to combat modern forms of enslavement. From every people, culture and religion, let us join our forces," he added.

Nearly 36 million people worldwide were trapped in some form of slavery over the past year, according to a report released in November by the human rights group Walk Free Foundation.

The Argentina-born pope is to make his first foreign visit of 2015 to Sri Lanka and the Philippines later this month.

In his annual Christmas "urbi et orbi" message, Pope Francis has condemned this year's "brutal" religious persecution in the Middle East. He also urged for peace in Nigeria, Ukraine and other troubled regions. (25.12.2014)

Pope Francis has urged Muslim leaders to condemn terrorism carried out in the name of Islam. The leader of the Roman Catholic Church rejected misrepresentation of Islam as he wrapped up his Turkey visit. (30.11.2014)