The Pope has accepted the resignation of German Bishop Franz-Peter Tebartz-van Elst, who came under fire because of the high cost of building a new residence. 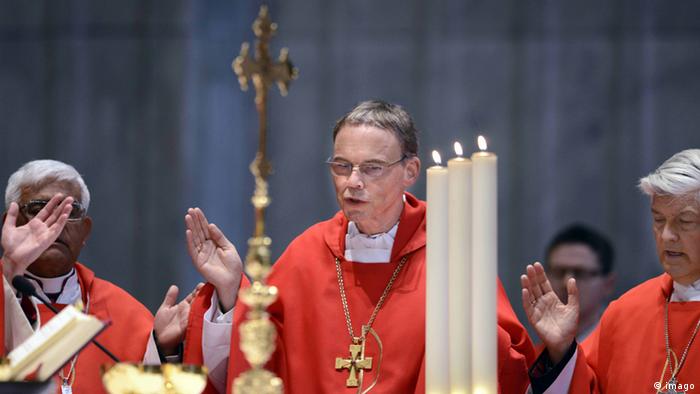 The announcement from the Vatican on Wednesday said Pope Francis had accepted Tebartz-van Elst's resignation.

Tebartz-van Elst, who served as bishop of the diocese of Limburg, announced in October that the cost of a renovation project on his residence and offices would be 31 million euros ($42.7 million), far beyond the original estimate of 5.5 million euros.

Germans were outraged over the possible misuse of church funds, which come from donations and a special "church tax" paid by registered parishioners to their respective denominations.

There was also an outcry that Tebartz-van Elst may have flown first class on a trip to India where he visited impoverished communities. He paid a 20,000 euro fine for making false statements in court regarding the flight.

Pope Francis had temporarily relieved Tebartz-van Elst from his duties after the two met in October but had not accepted the bishop's resignation – which was offered at the time – until now.

In a statement, the Vatican said Tebartz-van Elst would be given a new post "at an opportune time" and that it hoped Catholics in Limburg would "rediscover a climate of charity and reconciliation."

Last month, a report in the German news magazine Spiegel suggested an internal church commission investigation on Tebartz-van Elst had found evidence that the cost of the new residence was even higher than 31 million euros.

In addition, money had been siphoned off from at least one church foundation within the bishop's diocese to finance the building and renovation project, according to the report.

Manfred Grothe, an apostolic administrator from Paderborn, is to take charge of the diocese of Limburg until a replacement for Tebartz-van Elst's is named.