A commission probing the German bishop at the center of a building scandal has found hard evidence against him, according to newsmagazine Spiegel. The commission is expected to present its report this month. 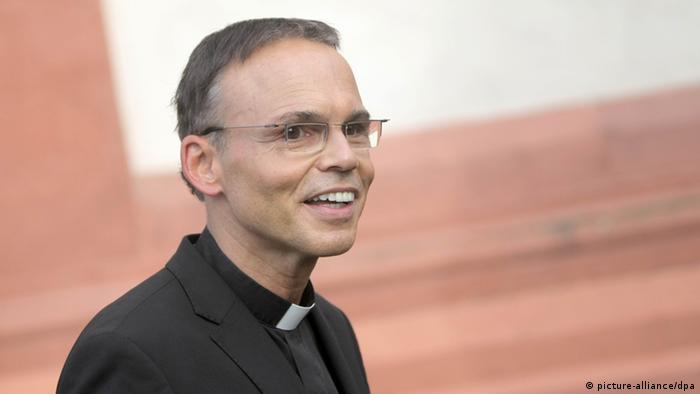 According to the report in the online edition of Spiegel on Sunday, the internal church commission investigating Bishop Franz-Peter Tebartz-van Elst has found documentary evidence that could lead to legal proceedings against him.

Among other things, previously unknown documents bearing the bishop's signature had been found in a "secret apartment" in the central German city of Limburg, the magazine reported.

The report said the evidence gathered by the committee showed that the costs for building and renovations at the episcopal headquarters in Limburg, which the bishop is said to have lied about, were even higher than the 31 million euros ($42 million) that have been estimated. That cost that was already eight times higher than originally planned.

In addition, money had been siphoned off from at least one church foundation within the bishop's diocese to finance the building and renovation project, according to the report.

The German Bishops' Conference and the Diocese of Limburg - from which the bishop has been suspended - have both described the Spiegel report as speculation.

A spokeswoman for the Bishops' Conference told the news agency DPA that the commission had not yet reached any final conclusions.

"The investigating commission is still working on its report. There is no final result as yet, unlike what was reported in Spiegel," she said.

The report, which is expected to be presented this month, will first be handed to the German Bishops' Conference, then go on to Rome, where the bishop's future will be decided. The commission is made up of three clerics and two auditors.

The allegations of the possible misuse of church money in the scandal, which erupted last October, has sparked calls for greater transparency in Catholic Church finances.

Church funds in Germany come not only from donations, but also from a special "church tax" paid by registered parishioners to their respective denominations.