President Cyril Ramaphosa is hoping that his African National Congress (ANC) keeps its majority despite a low turnout. The party has won a majority in every election since the end of apartheid in 1994. 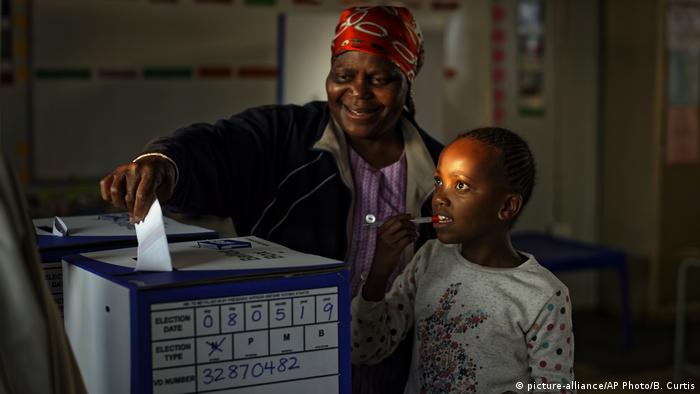 Polls closed in South Africa Wednesday evening after citizens voted in parliamentary and provincial elections in which the ruling African National Congress (ANC) party hoped to reverse a slide in its popularity.

There were early signs of a relatively low turnout, as voters said they are disillusioned by widespread corruption and unemployment. Voting was also plagued by lack of ballots at a number of polling stations, causing very long delays. Millions of South Africa's eligible voters also failed to register to cast ballots.

The national vote is the first since President Cyril Ramaphosa replaced Jacob Zuma in February 2018.

The ANC won 62% of the vote in the 2014 parliamentary election and has won every parliamentary ballot since the era of white minority rule known as apartheid ended in 1994.

The party of Nelson Mandela is likely to win a majority but retaining the two-thirds of the vote it got five years ago is likely to present a challenge. 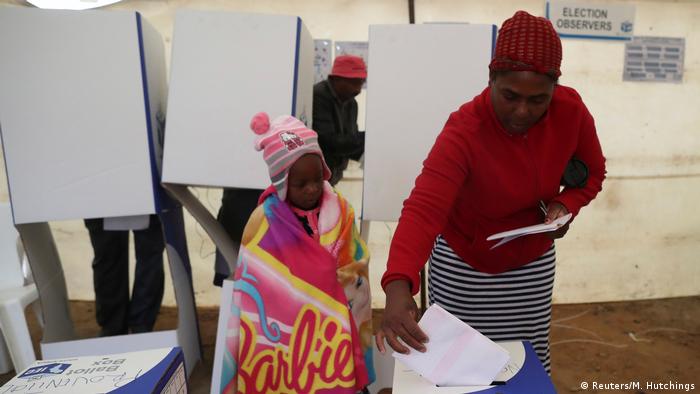 A woman casts her ballot in Johannesburg

Corruption scandals and a weakening economy have dogged the ANC in recent years and contributed to its falling levels of support in major cities. Polls nevertheless predict the party winning nearly 60% on Wednesday.

"Corruption got into the way," said Ramaphosa after voting on Wednesday, saying that graft prevented his party from serving the people.

More than 40 smaller parties have also presented candidates. Voters cast ballots for a national party and the number of votes won by each party determines how many representatives are sent to the legislature. The president is the leader of the party that gets the most votes.

Some 26 million people of the country's population of 57 million are eligible to vote. Most of the 22,900 polling stations opened at 7 a.m. local time (0500 UTC) and closed at 9 p.m. (1900 UTC), though some remained open to allow those standing in line to cast their ballots.

The country's young voters make up about 20% of the electorate. They largely support Julius Malema, who broke from the ANC six years ago to form the populist, leftist Economic Freedom Fighters. However, registration of voters under 30 years old was relatively low, with some 6 million in the group failing to do so. 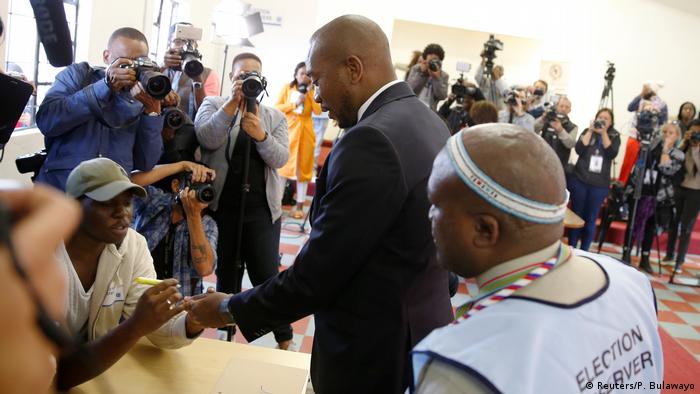 Mmusi Maimane's Democratic Alliance is hampered by an image of being for white voters. "Soweto represents to me the home of the struggle against apartheid and it is where we are now struggling against corruption and for a new government," Maimane said after casting his ballot.

The ANC has pledged to change the constitution to enable the seizure of white-owned land. To do that, it requires a 67% majority and will likely need to form a coalition government to get the necessary votes.

Under South Africa's parliamentary system, the National Assembly chooses the country's president after the elections.

Final election results are not expected for 48 hours.