A Polish man wounded during last week's terror attack at a Christmas market in the French city of Strasbourg has died. Bartosz Niedzielski is the fifth fatality in the mass shooting. 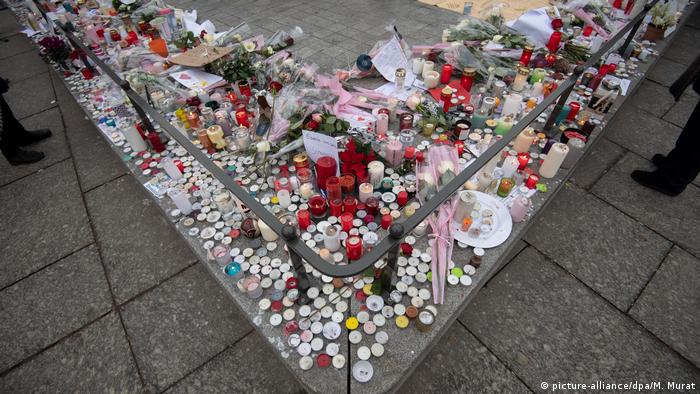 A Polish man who was critically wounded during a terror attack at a Christmas market in the French city of Strasbourg died from his injuries on Sunday. Barto Orent-Niedzielski was the fifth fatality from last week's mass shooting.

"My brother Barto Pedro Orent-Niedzielski has just passed away. He thanks you for the love and strength you have given him," the brother of the 36-year-old Polish-born victim wrote on Facebook.

Orent-Niedzielski and his Italian friend Antonio Megalizzi had blocked the attacker from entering a concert venue during Tuesday's assault. When they saw the attacker, they reportedly rushed to stop him.

Megalizzi, 28, died from his injuries on Friday.

Orent-Niedzielski and Megalizzi have been credited with preventing a massacre on the scale of the 2015 Paris attack when 90 people lost their lives at the Bataclan.

Orent-Niedzielski worked as a guide at the European Parliament and also hosted tours around the city, according to Polish news portal wyborcza.pl. He reportedly worked as a local journalist, danced in a band, sang in a choir and organized the Festival of Comics.

Hundreds of people gathered in Strasbourg's Kleber Square on Sunday to commemorate the victims of the attack.

France has suffered numerous terror attacks in recent years. In the worst such event, a total of 130 people were killed on November 13, 2015, when several groups of gunmen and suicide bombers attacked various locations throughout Paris, including the Bataclan, the perimeter of the Stade de France stadium and a series of cafes.

German court documents show details about the life and criminality of the suspected Strasbourg gunman. French investigators say the suspect was radicalized in prison and was on a watch list. (12.12.2018)

The Las Vegas mass shooting is not the first to target concertgoers or the party crowd at a club. Attacks in France, Turkey and the UK also made headlines. (03.10.2017)

Strasbourg - at the heart of Europe

The attack on the Alsatian capital's Christmas market causes worldwide concern. The "Christkindelsmärik" has existed since 1570 and is the oldest Christmas market in France. Strasbourg is worth seeing anyway. (14.12.2018)