Polish composer Henryk Gorecki has died after a long illness at the age of 76. Gorecki was best known for producing one of the world's best-known contemporary pieces of classical music. 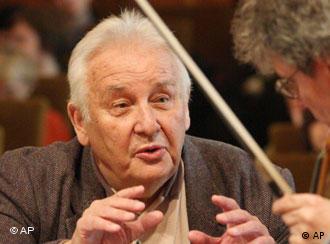 Gorecki has been hailed for the emotional content of his music

The Polish composer Henryk Gorecki, best-known for his "Symphony of Sorrowful Songs," died on Friday at the age of 76.

Gorecki had been suffering from a number of illnesses, most critically a lung infection.

The composer was born near to the southern Polish city of Katowice, where he died. He became an orphan at the age of two when his mother, a pianist, died. 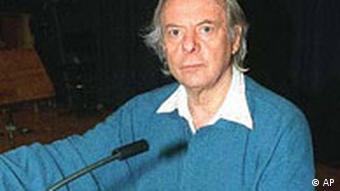 Stockhausen was one of Gorecki's influences

He grew up to study music at the Katowice Music Academy and was at the forefront of an avant-garde Polish classical movement from the 1950s to the 1970s. Among his influences was the German composer Stockhausen.

"Gorecki's work is like a huge boulder that lies in our path and forces us to make a spiritual and emotional effort," current head of the Katowice Music Academy, Professor Eugeniusz Knapik, was quoted as saying by the Polish news agency PAP.

Gorecki's most famous piece of work, also known at the Third Symphony, won him worldwide acclaim in 1992 when it was re-released featuring the American soprano Dawn Upshaw. The recording topped music charts in the United States and Britain.

The work is divided into three movements and takes its inspiration from a 15th century religious lamentation, a Silesian folksong about a woman looking for her son and a message written on the walls of a Nazi prison cell by a young Polish woman.

Chopin's Polish identity is central to his music and Chopin himself is intrinsic to the identity of Warsaw, where he was born in 1810. The city has launched a year of celebrations, including a new museum and a 3D movie. (14.01.2010)

Stockhausen's "Helicopter String Quartet" stresses the parity of the sounds of helicopter rotors and string instruments. The rarely played piece was performed from 700 meters (2,300 feet) above ground this week. (19.06.2007)