Police said on Monday they had re-opened a rape investigation against Cristiano Ronaldo. Lawyers for the Portuguese footballer are threatening to sue a German magazine after it published the allegations. 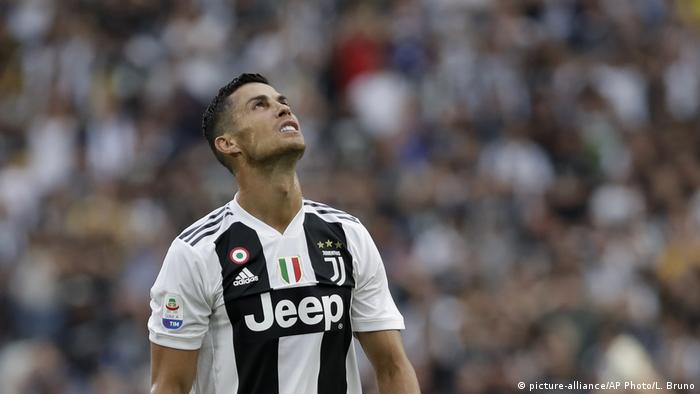 Cristiano Ronaldo is being sued in the United States by a woman who claims the Portuguese star raped her in 2009.

US citizen Kathryn Mayorga says the Portuguese footballer raped her repeatedly in a Las Vegas hotel while she screamed no, according to a lawsuit filed on Friday in Clark County, Nevada.

Ronaldo has denied the assault, calling the allegations "fake news." Lawyers for the Juventus forward said on Friday they would sue German magazine Der Spiegel after it initially published Mayorga's accusations.

Las Vegas police confirmed they were looking into the allegations and had re-opened an investigation.

The five-time World Player of the Year denies the allegations, insisting the sex was consensual. Mayorga's lawyer is now questioning the validity of an out-of-court settlement agreed in Nevada, in which Ronaldo reportedly paid $375,000 (€323,000) for her silence.

Der Spiegel writes that the lawyer's case is based on a document containing Ronaldo's account of what happened on June 12, 2009. In it, the 33-year-old is quoted as saying "she said 'no' and 'stop' several times."

According to news agency Reuters, Ronaldo's lawyer Christian Schertz said in a statement the report was "an inadmissible reporting of suspicions in the area of privacy," and that he would seek legal redress for his client from the magazine.

Mayorga has now spoken publicly for the first time about her encounter with the Juventus forward, who was under contract at Real Madrid when the incident is supposed to have taken place, saying she was raped after spending an evening partying with Ronaldo while he was on holiday with his cousin and brother-in-law in Las Vegas.

Mayorga also described events following the incident, saying Ronaldo fell to his knees and told her he was "99 percent" a "good guy" let down by the "one percent."

The Juventus star has not released any official statement on the matter, but on Sunday he did appear in a video on Instagram live.

"Fake news. They want to promote by my name. It's normal," he said. "They want to be famous to say my name. But if it's part of the job, I'm a happy man and it's all good."