US police have outlined events that led to two suspected Islamist gunmen assaulting the venue of a contest showcasing cartoons of the Prophet Muhammad. Reports say the pair, killed at the scene, had been roommates. 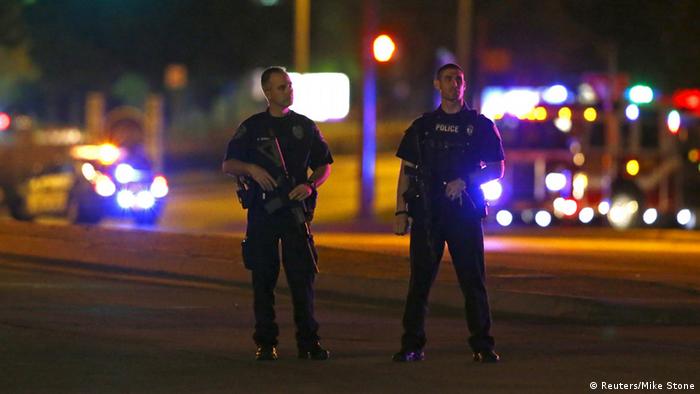 FBI spokesman Perryn Collier on Monday confirmed that an investigation into the incident outside an anti-Islamic event in Texas had expanded to Arizona.

Collier said a Phoenix residence was being searched for clues about what prompted the shooting.

Several US media outlets identified the attackers as 31-year-old Elton Simpson and 34-year-old Nadir Soofi, although this was not confirmed officially. The CNN news network broadcast footage of police raiding an apartment that the two were said to have shared.

According to court records, Simpson was sentenced to three years' probation in 2011 for lying to FBI officers about his plans to travel to Africa in an apparent attempt to join a terror group.

Simpson's father told ABC News his son was "always a good kid" but added they had "some very serious differences."

Joe Harn, a police spokesman in the Dallas suburb of Garland, said the gunmen had left their car in the parking lot outside the town's Curtis Culwell Center, and began firing at police and security officers. He said the pair had been shot dead by an officer using his duty pistol.

Harn said no bombs were found in the car and no other arrests were made. The assailants had been wearing protective gear, he added, and they had extra ammunition in their car.

The event in Garland was being staged by the right-wing American Freedom Defense Initiative and was attended by the far-right Dutch politician Geert Wilders.

Security had been beefed up considerably ahead of the contest, Harn said, with the sponsor organization paying $10,000 (9,000 euros) for extra security. That included a SWAT team, a bomb unit and officials from both the FBI and the Bureau of Alcohol, Tobacco, Firearms and Explosives.

Meanwhile, terror monitoring group SITE claimed that a known member of the "Islamic State" (IS) jihadist group had boasted that the attack was carried out by IS supporters.