The leader of the far-right group was charged with destruction of property for allegedly stealing and burning a BLM banner. The arrest comes days ahead of a pro-Trump rally. 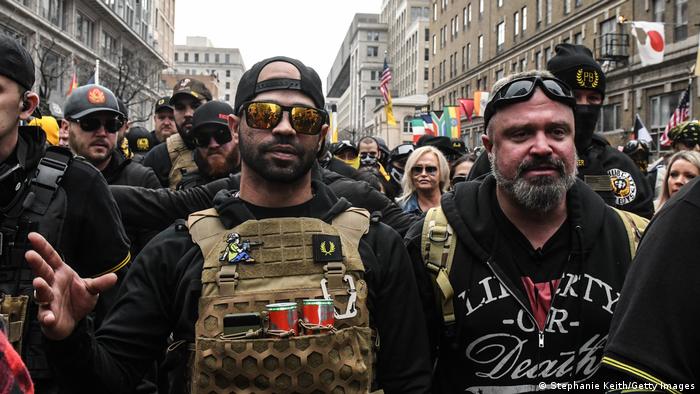 The leader of the US far-right Proud Boys group was arrested Monday in Washington, police said in a statement.

Tarrio and others allegedly stole and burned a Black Lives Matter banner from the church during violent protests on December 12.

The group leader was hit with additional charges of possessing two illegal high-capacity firearm magazines at the time of his arrest, police said.

He was arrested when he entered the District of Columbia, which houses the US capital.

The all-male organization describes itself as a haven for "Western chauvinists."

It has touted anti-Muslim, anti-transgender, anti-immigration and anti-Semitic views, according to the Anti-Defamation League.

The group became a household name when President Donald Trump mentioned them during a pre-election debate with President-elect Joe Biden in November. At the time, Trump said: "Proud Boys – stand back and stand by."

Arrest days ahead of pro-Trump rally

The arrest comes as members of the Proud Boys are set to join other supporters of Trump on Wednesday for a mass rally.

The demonstration is timed to coincide with a Congress meeting that will certify the results of the US presidential election in November.

Demonstrators plan to show support for Trump's unfounded claim that he won the November 3 presidential election, rather than Joe Biden.

Washington police said Monday they were worried about potential violence, particularly from groups like the Proud Boys during the rally.

They warned that people carrying firearms would be arrested. 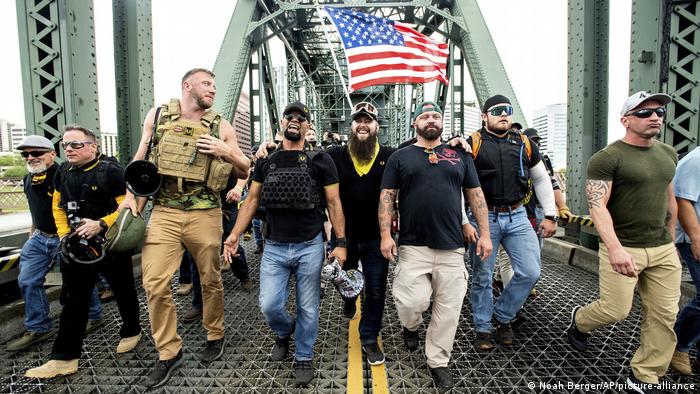 The Proud Boys describes itself as a haven for 'Western chauvinists'