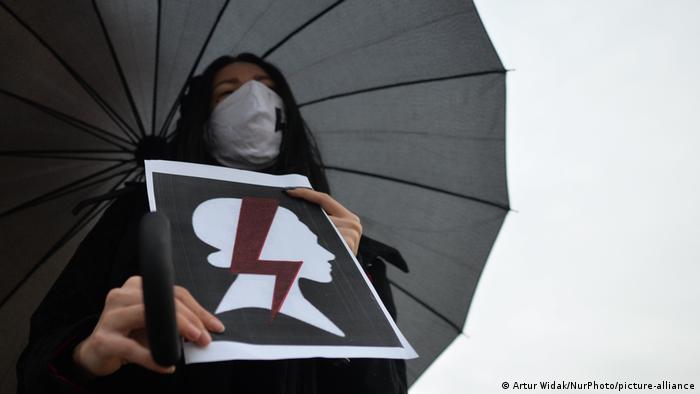 Poland's Constitutional Court on Thursday ruled that a law allowing abortion due to fetal defects is unconstitutional.

Chief justice Julia Przylebska said in the ruling that existing legislation allowing the abortion of malformed fetuses was "incompatible" with the constitution.

The ruling on the country's abortion law, which is already one of the most restrictive in Europe, further restricts abortion access in the heavily Catholic country.

After the ruling goes into effect, abortion will only be permissible in the case of rape, incest or a threat to the mother's health and life. Just two judges out of the 13-member court did not back the majority ruling.

The ruling came after conservatives from the governing right-wing Law and Justice (PiS) party submitted a motion to the tribunal, asking them to review the law.

The ruling lays the legal framework for PiS lawmakers to approve draft legislation that would ban the termination of pregnancies in the case of congenital defects — one of the few instances under which a pregnancy could still legally be terminated in the country.

Polish lawmakers considered legislation earlier this year that would have imposed a near-total ban on abortion by outlawing the procedure in the event of fetal abnormalities — including if a fetus has no chance of survival.

The introduction of the latest restrictions subsequently spurred a nationwide outcry over women's rights. The NGO Akcja Demokracja (Action Democracy) said that more than 210,000 people had signed its petition against the PiS-proposed changes.

The Council of Europe was quick to condemn the ruling, with the council's human rights chief calling it "a sad day for women's rights."

"Removing the basis for almost all legal abortions in #Poland amounts to a ban & violates #HumanRights," the council's Commissioner for Human Rights Dunja Mijatovic tweeted.

Abortion rights groups held protests earlier this week, with demonstrators gathering on Thursday in front of the Constitutional Court building.

Critics say Poland's top court may have acted on the ruling PiS party's behalf, as the panel is primarily comprised of PiS-appointed judges.

The party has denied trying to influence rulings, and says that its reforms to the judicial system only aim to make the courts more efficient and fair.

Fewer than 2,000 legal abortions take place annually, in the country of 38 million people. However, rights groups estimate that up to 200,000 procedures are performed illegally or abroad. Attempts to tighten the abortion law in 2016 were scrapped after tens of thousands took to the streets in protest.