Poland's incoming government has announced the names of its cabinet ministers. The most controversial of all is Antoni Macierewicz, a fiercely anti-Russian right-wing politician. 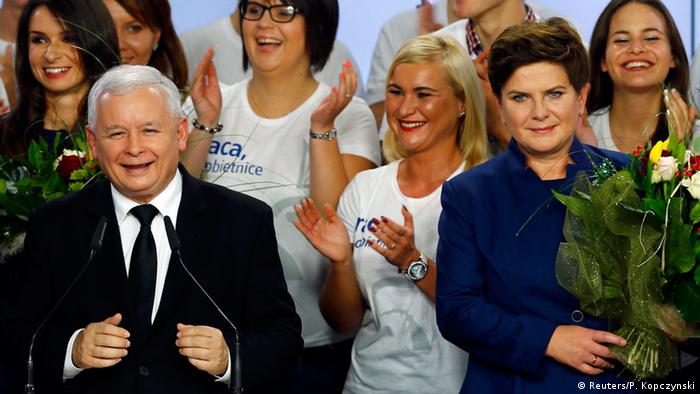 Jaroslaw Kaczynski, leader of the Law and Justice Party (PiS), announced Monday at the party headquarters in Warsaw that Beata Szydlo would hold the post of the country's prime minister.

Szydlo then named the members of her incoming cabinet. Most of the ministers in the new government already served in PiS' last government from 2005 to 2007, and are known for their drive to purge the eastern European country of corruption and the influence of communism.

Many of them are also very pro-American. For instance, Witold Waszczykowski, the incoming foreign minister, played a key role in negotiating a plan to set up a US missile defense program during the Bush era.

Waszczykowski also served as Poland' ambassador to NATO in Brussels form 1997 to 1999, when the country became the first ex-communist state to join the Western defense alliance.

The most controversial appointment to the government is that of Antoni Macierewicz, who is to be the new defense minister. As a former deputy defense minister, Macierewicz spearheaded the cleansing of communist influence from the country's military intelligence, releasing the names of agents with ties to Moscow.

He is also known for accusing Russia of playing a role in the deadly 2010 crash of a Polish presidential plane. Even though investigators concluded that the crash was a result of the pilot's error, Macierewicz suggested it might have been deliberate. He also accused then Prime Minister Donald Tusk – now the European Union president – of colluding with Moscow. Former President Lech Kaczynski and a number of senior Polish officials were killed in the accident.

Mariusz Kaminski, a former head of the Central Anti-Corruption Bureau, was nominated as the coordinator of special services, whose job is to oversee police and intelligence agencies. Kaminski was convicted of abusing his power in 2007 as head of the anti-corruption body and was given a three-year suspended sentence.

The new cabinet must be approved and sworn in by President Andrzej Duda. The incumbent government will step down on Thursday.

The PiS won October's parliamentary elections with 37.7 percent of the vote, enough for the conservative party to form a government without a coalition.

Led by eurosceptic Kaczynski, the party picked up 232 out of 460 seats in the lower house, compared to incumbent Prime Minister Ewa Kopacz's Civic Platform's showing of 23.6 percent, or 137 seats.