Australia's Malcolm Turnbull says his government is failing to improve the lives of Aboriginal people. A report shows indigenous Australians are far worse off than their non-indigenous counterparts in almost all areas. 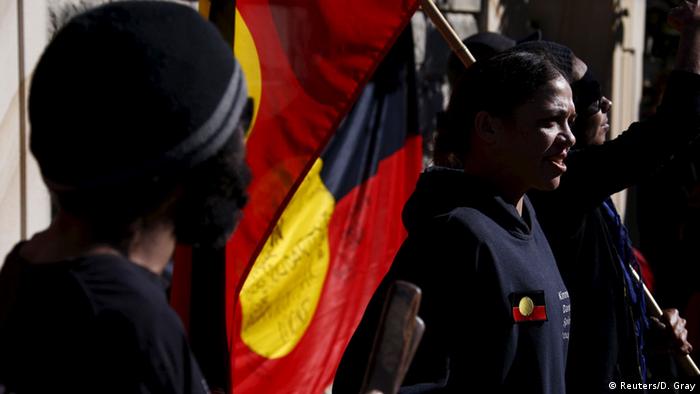 Prime Minister Malcolm Turnbull told lawmakers in Canberra on Wednesday that Australia needed to do more to tackle the inequalities affecting the country's Aboriginal and Torres Strait Islander population.

"For decades, aboriginality and skin color has been used to control the lives of indigenous people and diminish their value in society. This must be no longer," Turnbull said as he delivered the annual report card on indigenous issues in Parliament.

"A person's right to shape their own identity and for that identity to be respected is central to the well-being of all people," he said.

The annual "Closing the Gap" report was launched in 2009 in a bid to tackle the stark differences between indigenous and non-indigenous Australians by setting targets in a number of key areas. In the 2016 report, only two out of seven targets were on track to be met - narrowing the divide in reading and numeracy, and halving the gap in child mortality by 2018.

Australia's 700,000 indigenous citizens remain heavily discriminated against and are at the bottom of just about every socioeconomic indicator across the country.

The report showed that not enough gains had been made to close the 10-year gap in life expectancy between indigenous and non-indigenous Australians by 2031, and Aboriginal unemployment is not expected to be halved by 2018 as previously pledged. 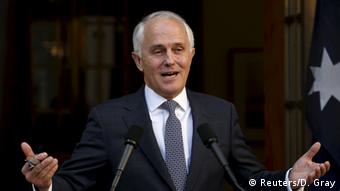 Turnbull noted that the life-expectancy gap remained "unacceptably wide." Non-indigenous men on average live to 79.7 years, compared to 69.1 for Aboriginal men. For women, it was 83.1 years for non-indigenous citizens, in contrast to 73.7 for Aboriginal women.

The report also found that the incarceration rate for indigenous adults in Australia rose by 77 percent between 2000 and 2015. Turnbull said Aboriginal people make up 27 percent of inmates in prisons, despite comprising just 3 percent of Australia's population of 23 million.

The report acknowledged that while there were signs of long-term improvements, "meeting many of the Closing the Gap targets remains a significant challenge."

Turnbull stressed that working with indigenous communities to develop policies and solutions was another vital element to closing the gap. Aboriginal and Torres Strait Islander Social Justice Commissioner Mick Gooda agreed with the prime minister's statements, but also said he had "heard these words before."

"We take them with good heart but there's got to be a carrying-out of that new relationship so I think we're entitled to be a little bit cynical about it until it starts happening," he said.

'It's about mutual respect'

Grant: 'The Australian Dream remains outside our grasp'

Stan Grant gave a speech about discrimination against Aboriginal people that many call a 'Martin Luther King moment for Australia'. The journalist spoke to DW about the issue and about his own personal story. (31.01.2016)

A new Australian state law is set to force problem drinkers into mandatory rehabilitation. The move, however, is being criticized for targeting indigenous Australians and for not tackling alcohol abuse issues properly. (13.08.2013)