Plastic: World agrees to tackle the crisis | Environment | All topics from climate change to conservation | DW | 02.03.2022 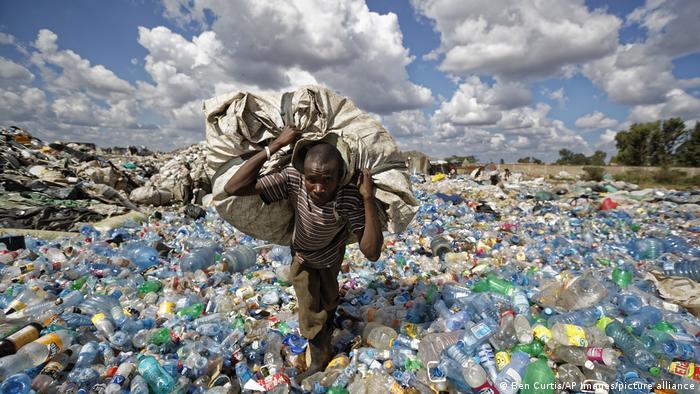 The planet is awash with plastic

World leaders at a United Nations conference in Kenya have agreed to work together in the biggest-ever push to stem the flood of plastic pollution.

The UN Environment Assembly has voted to adopt a resolution that paves the way for a legally binding agreement on plastic pollution by 2024. The vote was unanimous, with almost 200 nations agreeing to create an intergovernmental committee to negotiate the terms of the treaty.

Head of the UN Environment Programme, Inger Andersen, said on Wednesday that the plastics treaty would mark a "historic moment," adding that it would be the most significant environmental pact since the 2015 Paris Agreement.

But she also called for caution: "As we embark on this journey, let us be clear that the agreement will only truly count if it has clear provisions that are legally binding."

The details of the final treaty are yet to be negotiated, but could include a ban on producing new plastic, and will take into account all aspects of plastic pollution — including particles in the ocean, soil and food chain. 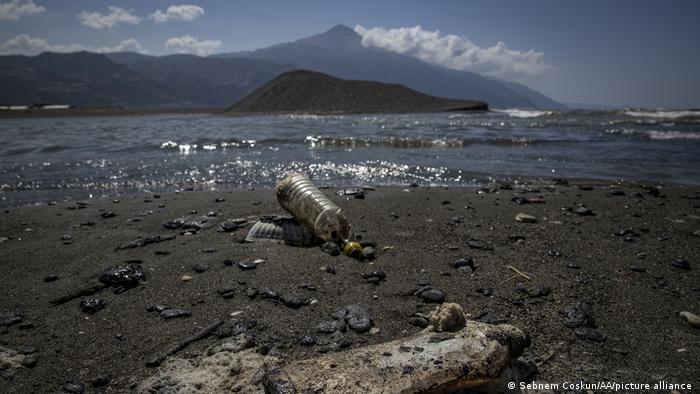 How big a problem is plastic pollution?

Plastic is one of the most useful materials on the planet. It's used in everything from packaging the food we eat to making up the fibers in the clothes we wear. Its applications stretch to building materials and medical masks.

But plastic is also responsible for destroying ecosystems and polluting waterways.

A landmark study in 2017 found that only 9% of the plastic that has been produced throughout history has been recycled and about 12% has been burned.

The rest has been thrown away — either as litter or in landfills. 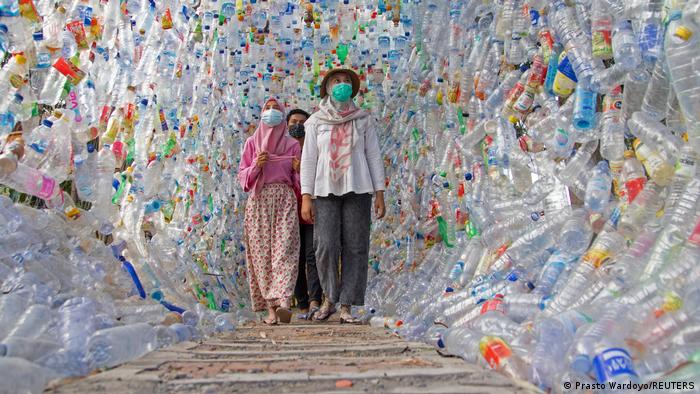 Why is plastic so polluting?

Two traits that make plastic so valuable are also what make it so dangerous: Plastic is cheap and hard to break down.

Across the world, single-use plastics are cheap enough to use and throw away without thinking about ways to reuse it. Because the material doesn't decompose naturally, plastic that gets into ecosystems stays there for hundreds of years. It can choke fish, entangle birds and leak toxins.

Still, plastic does slowly disintegrate. It breaks down first into microplastics and then nanoplastics. The names refer to the size of the plastic. Microplastics have been found in some of the most pristine and untouched parts of the planet, from high glaciers to deep oceans, as well as in food. It is unclear what the long-term health effects of eating plastics are — or what levels should be considered dangerous. 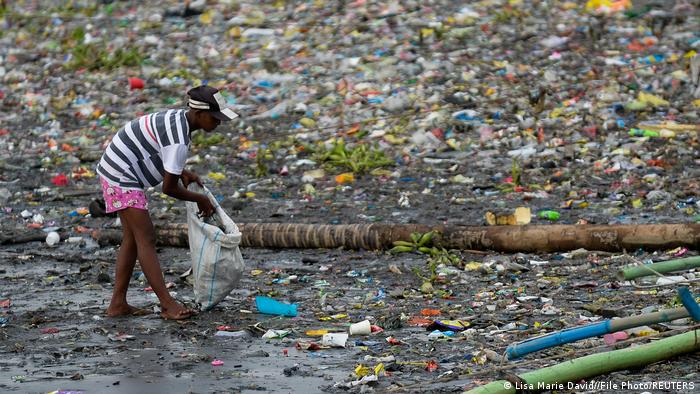 How does plastic hurt marine life?

Plastic that lands in rivers eventually reaches the sea.

A study commissioned by the Worldwide Fund for Nature (WWF) in February found regions like the Mediterranean and East China Sea had passed critical thresholds of plastic pollution. Scientists from the Alfred Wegener Institute in Germany documented harmful impacts of plastic on 88% of 297 species studied.

"We always knew that it was bad," said Heike Vesper, director of WWF Germany's marine program, "but we didn't know it was this bad — or that the outlook was so bleak." 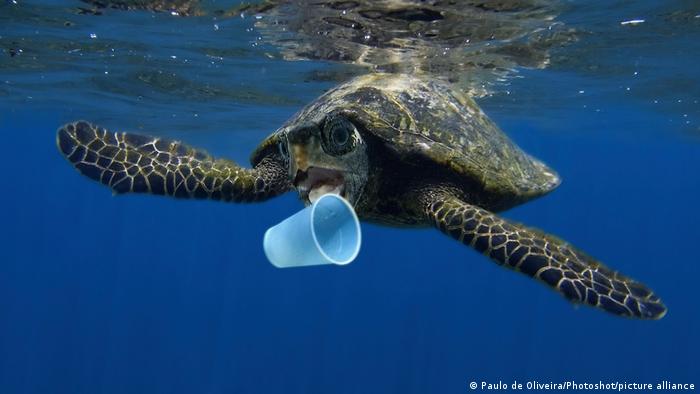 Even if all plastic pollution stopped today, the amount of microplastic in the oceans would continue to rise as bigger pieces break down. 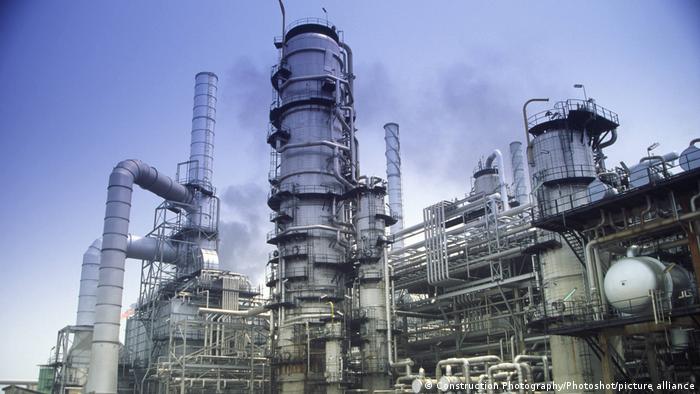 The fossil fuel and petrochemical industries are closely tied

What does plastic have to do with climate change?

Plastic pollution and climate change are two separate but connected crises. They share a common cause: the fossil fuel industry.

Most plastic is made from chemicals sourced from fuels like crude oil and fossil gas. Petrochemicals are rapidly becoming the largest driver of global oil demand, according to the International Energy Agency, ahead of cars, trucks and planes.

The Center for International Environmental Law, a non-profit group campaigning for environmental protection, estimates the emissions from plastic could triple by 2050.