Pirates want to use the Internet to change Tunisia | World| Breaking news and perspectives from around the globe | DW | 29.07.2012

Pirates want to use the Internet to change Tunisia 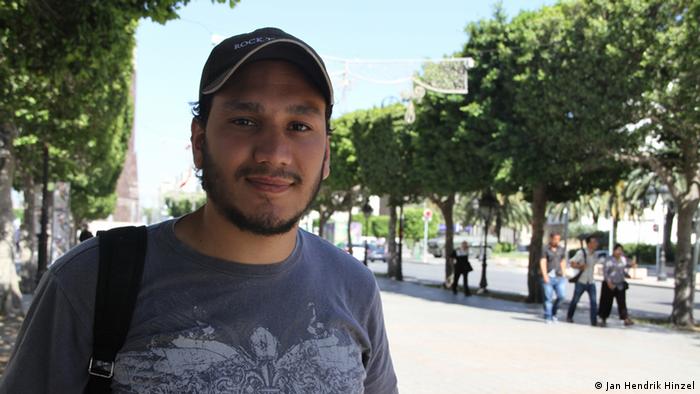 It is the first interview Wassim Ben Ayed, co-founder of Tunisia's Pirate Party, or Hizb-al-Qarasina in Arabic, has ever given. The excited 24-year-old moves restlessly back and forth in his chair. He wants to know whether his English is good enough, or if he is speaking too fast. Ben Ayed does not want to do anything to leave a bad impression.

"We may be a bit lazy," he says, "but laziness leaves space for good ideas. We ultimately want to change the world."

The Pirates want Tunisians to have more of a say and become directly involved in political decisions. The upstart party says that would make the government and administration work more openly. 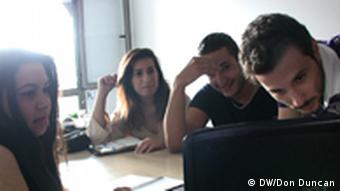 The Internet played a big role in Tunisia's revolution

The Pirates also want the government to provide information on who initiates legislation in parliament, members' attendance, voting records and more. Further, the party wants parliamentary debates to be broadcast so citizens get the chance to directly raise questions and objections.

The Pirates want to do all this through the Internet and Web 2.0 methods like chats, crowdsourcing, Facebook and Twitter. And they say that is just the beginning.

These are the Pirates' main objectives around the world. The first Pirate Party was found in Sweden in 2006. Since then, groups have sprung up around the world from Guatemala to New Zealand.

Tunisia's Pirates are party number 29, and the first in Africa - something Ben Ayed is especially proud of. Pirates have successfully won seats in parliament in Germany and Sweden, a dream Ben Ayed shares.

Numbering 40 members, with an equal number of non-member supporters, the Tunisian Pirates are just four months old. All were present at last year's revolution in Tunisia. In March of this year, they were finally allowed to form a party.

Ben Ayed actually wanted to start up a Tunisian Pirate Party two years ago, when members initially joined forces. But his efforts at the time failed owing to the rule of since-deposed President Zine El Abidine Ben Ali. While Ben Ali officially tolerated seven parties, the Pirates' applications to join the list failed. 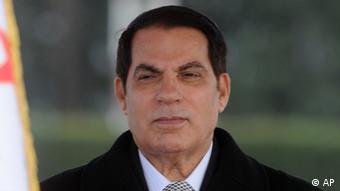 Revolution brought new opportunities. The Pirates wanted to participate in general elections held afterwards, but their ranks were divided. Ben Ayed says the group was not ready at the time, but will be for the next ballots.

Those likely won't be for a while to come. Tunisia is not scheduled to hold another ballot until a new constitution is written, which is expected next year.

Until then, the Pirates are taking an opposition stance and vigorously criticizing the current government coalition, led by the Islamist party Ennahda. The Pirates say the government is not doing enough to involve citizens in drafting a new constitution and that the coalition does not explain its policies.

However, Mabrouka M’barek, a member of parliament with the Congress for the Republic (CPR) party, part of the ruling coalition, says criticizing is not enough. The 32-year-old wants to see more support from the Pirates. She knows how hard it is to bring about more transparency in Tunisia: When information about parliament or committee meetings went missing, she published it on her own website. She has also tweeted during meetings and asked followers for feedback. But her colleagues complain the practice could reveal state secrets. 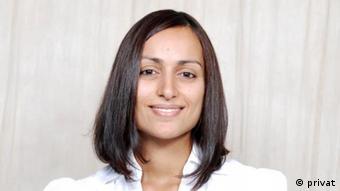 Most Tunisians are little moved by the Pirates' main concerns. Tunisians long for work and stability, not political participation. They put the responsibility for voting on politicians.

According to the website Internet World Stats, only about 30 percent of Tunisians have Internet access. A party platform based on the net can only reach a third of the population, even in the best-case scenario.

With its emphasis on the Internet, the Pirate Party seems ahead of the times in Tunisia. It will be a while before its concerns speak to ordinary voters. "We're working on it," Ben Ayed says.

But first, the Pirates want to be gain a free voice for themselves. While censorship officially ended with the fall of Ben Ali, Ben Ayed says Tunisians are still being monitored. "The old monitoring system is still there," he adds.

Ben Ayed wants to lead his Pirates in a fight against that system. He doesn't know just how, but is confident they will find the right ideas together. Even if they are a little lazy sometimes.

Former Tunisian president Ben Ali has been sentenced to life for his hand in the crackdown against protesters in the country's rebellion last year. But families of the victims are far from content with the result. (19.07.2012)

The United Nations Human Rights Council has passed a resolution declaring Internet freedom a basic right. But Internet activists are questioning its effectiveness. (10.07.2012)

A hefty debate has erupted in several Arab Spring nations over the drafting of new constitutions and what role Sharia will play. Tunisian legal scholar Imen Gallala-Arndt says a consensus will have to be reached. (27.06.2012)