A hefty debate has erupted in several Arab Spring nations over the drafting of new constitutions and what role Sharia will play. Tunisian legal scholar Imen Gallala-Arndt says a consensus will have to be reached. 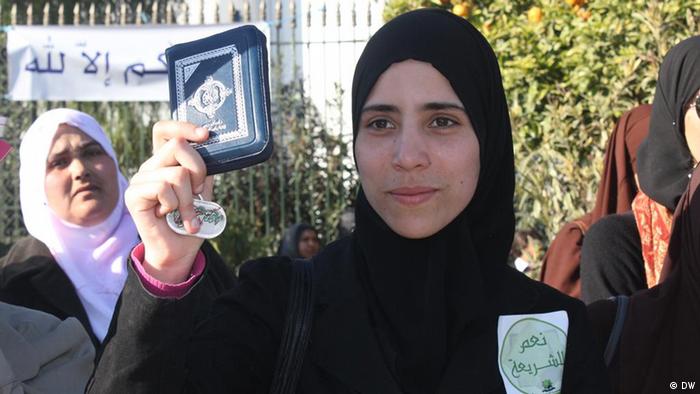 Imen Gallala-Arndt was born in Tunisia in 1975, and studied in Tunis and Heidelberg, Germany. Her main areas of research are international and national civil law as well as the family and inheritance laws of Jewish and Christian communities in Islamic nations. She is currently working for the Max Planck Institute for Comparative and International Private Law in Hamburg.

DW: The moderate Islamist party Ennahda emerged as the clear victors in elections to the Constituent Assembly in Tunisia last year. How do you assess their policies to date?

Imen Gallala-Arndt: Initially, Ennahda's statements were the source of great confusion, because some of them were threatening in tone and party leaders were saying things that contradicted statements issued by other members. This was deeply unsettling for the people of Tunisia as well as for other political figures. For example Sadok Chourou, one of the hardliners within the Ennahda movement in the constituent assembly, criticized individuals who had demonstrated against the government, and underpinned his attack with a verse out of the Koran. He described the demonstrators as godless, and said they were destined for hell. It is of course unnerving when religious arguments are used to describe political opponents as infidels.

Ennahda also initially insisted that Sharia must be the source of legislation, although it later revised this statement. But these are exactly the kind of views that unsettle the population and mean that it's difficult to gauge what the party stands for. It does of course represent certain principles. But now that it has assumed governmental responsibility, it must learn to be pragmatic. Ennahda still lacks a clear line in this respect.

Western discourse often views Sharia as incompatible with constitutional principles. What about the compatibility of Sharia and human rights in Arab nations currently undergoing upheaval?

One must bear in mind that Sharia was developed over the course of history by legal scholars taking local social and economic conditions at the time into consideration. There's a difference between that which is viewed as a principle and as an eternal truth in Islamic law, and the sections of the Sharia code that are currently undergoing reappraisal. Polygamy was abolished in Tunisia in 1956, but at the time no one claimed that this represented a break with Sharia. Quite on the contrary: lawmakers invoked the principles of Islamic law with the intention of acting in the interests of progress. 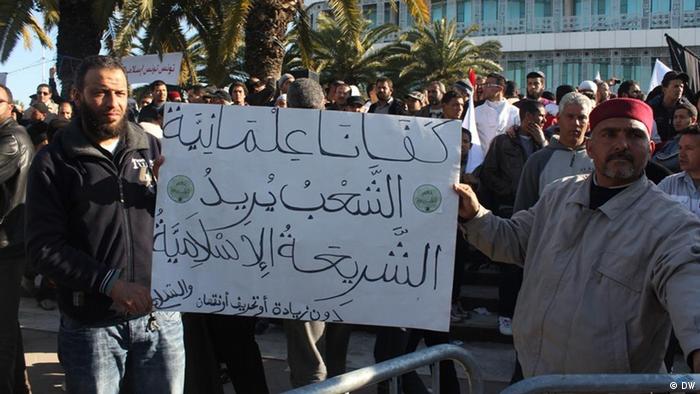 Whenever Islamists enter government, it's not always an immediate indication that they are going to be against women's rights or human rights in general. It's always dependent on the political will of whoever happens to be in power. They can base their approach on Sharia law but at the same time be progressive through a dynamic interpretation of Islamic legal sources and authorize reforms within the framework of Sharia.

But of course it all depends on who's carrying out these interpretations, doesn't it?

Absolutely. That's exactly where the danger lies. And that's certainly also the reason why people are scared of it. There is no certified security for minorities, women and the weaker members of society. These are more or less dependent on the good will of legal scholars. If the scholars are well disposed to these individuals, then the group concerned will fare well. But if they are not, the disadvantaged have no legal means at their disposal to take action. There is a lack of objectivity, practicality and security for the citizen. He must be able to rely on his rights being guaranteed and respected.

After the revolution in Tunisia, debate raged over the secular character of the new constitution. Where is this debate heading? 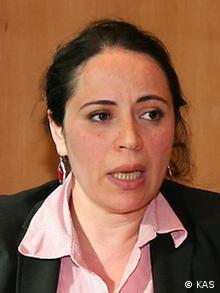 The debate over Sharia as legislative resource was triggered when Ennahda accepted that this is not enshrined in the constitution as such. This means that Article 1 of the constitution in its current form stays as it is. This purely states that Islam is the religion of the state. So Sharia is not actually mentioned in the Tunisian constitution.

Unlike Tunisia, Libya does not have a reference framework for the drawing up of a constitution. Political parties and NGOs are virtually non-existent. Can Tunisia serve as a model here?

Yes it can. One example of this is how electoral lists are drawn up. Regulations stipulate a strict parity of the sexes: man, woman, man, woman. The Libyans adopted this concept from the Tunisians. As a neighboring country, Tunisia can certainly serve as a model.

But one must also consider the special qualities of Libyan society. This is a society that as a result of Moammar Gadhafi's reign of terror suffers from an acute lack of institutions as well any kind of culture of political debate. But there's also a highly educated youth and an elite that wants this to change. That's why I'm quite confident about Libya.

In Egypt Nobel Peace laureate Mohammed ElBaradei is calling for the new constitution to be based on German basic law, in particular with regard to the anchoring of fundamental rights such as freedom of expression and freedom of religion. Is it possible to simply transfer such a model?

I don't believe that in the present situation, fundamental rights such as they exist in Germany will also be anchored in this form in the Egyptian constitution. Whether we want it or not, this will be a constitution with many compromises. Secular forces must also accept that Islamic influence will resound through it. The Muslim Brotherhood has a parliamentary majority, and this is a very religious society. 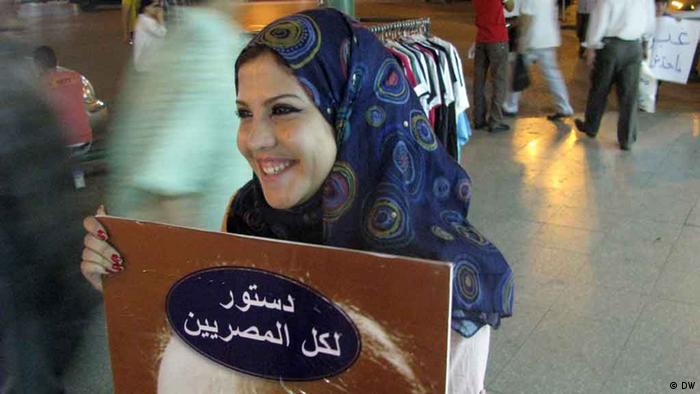 "A constitution for all Egyptians" this protester's sign reads

What dangers does the process of democratization present to Arab Spring nations?

The Islamists can be democratic. But as far as I see it, there is a danger that once they are in power, they could move to restrict human rights or women's rights in particular. But nevertheless I'm not assuming that this will become an urgent problem at the present time. The current situation in Tunisia and also in Egypt is so complicated that there's a great need for consensus solutions. Political actors must first address economic problems and to this end, are forced to make compromises.

I think that even though the situation for religious minorities and women may not improve, at least it won't get any worse. Consensus is also sought on these issues. We'll just have to wait and see whether or not Arab Islamists can behave in a democratic fashion, also within their own parties.

In Tunisia, the eyes of the world are focused on the trial of former president Ben Ali. But conflict between radical Islamists and the police is becoming commonplace. (15.06.2012)

Women were a key force in the popular protests that toppled Tunisia's government last year and kicked off the Arab Spring. But now many Tunisian women worry that the new government may want to turn back the clock. (15.02.2012)